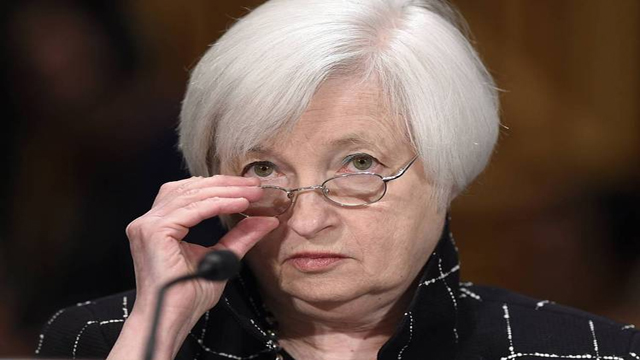 In light of the fact that the S&P 500 reached new record highs last week, this note re-visits the issue of United States equity market valuations. As will be shown, although low interest rates are offering some support to equity market valuations, the market still appears expensive once allowance is also made for an apparent rise in the equity risk premium.

After a challenging year in which US equity prices were stuck in a messy sideways range, the breakout in the S&P 500 index last week to new record highs was greeted with jubilation by traders. Helping sentiment is the fact that the US economy appears to have rebounded nicely in the June quarter after quite weak growth at the start of the year.  Various global risks – such as soft growth in China and the recent “Brexit” decision – have also prevented the US Federal Reserve from following through with another interest rate increase, even though the US economy has not suffered much fallout from these global shocks so far. Stocks Appear “Cheap” Given Low Interest Rates, but looks can be deceiving

Can the rally continue? Looking at the market from a longer-run perspective, several challenges are immediately apparent.  For starters, at around 2160 points, the S&P 500 is trading at a price-to forward-earnings ratio of 17.3, which is similar to the level seen at the market peak earlier last year.  Over the past 30 years, the market has rarely traded at much above a forward PE ratio of 15 – apart from during and immediately after the dotcom bubble in 1999-2002. What’s more, forward earnings have flattened out over the past year after a strong six-year run following the financial crisis.

That said, as seen in the chart below, it’s also true that bond yields have dropped further over the past year – which, all else constant, tends to support equity market valuations.  Indeed, since around 2002, a major divergence has developed between bond yields and equity market valuations (as measured here by the forward-earnings yield, which is the inverse of the price-to-forward earnings ratio). Prior to 2002, a rough valuation rule of thumb popularised by then Federal Reserve chairman Alan Greenspan (and hence known as the “Fed model”) was that the market’s forward earnings yield tended to broadly equal the nominal 10-year bond yield.  If that remained true today and we assumed a normalised 10-year bond yield of 2.5% (which is still considerably higher than the current rate around 1.5%), the market should be trading on a forward PE ratio of 40!

But the Risk Premium Also Appears to have Increased

Since 2002, however, the Fed model has completely broken down – the earnings yield has stubbornly refused to follow bond yields down, meaning the earnings-to-bond yield gap (EBYG) has tended to drift up.  This breakdown still holds even if we focus on real interest rates, by subtracting from nominal rates a proxy for expected inflation (which is done in the chart above using the 3-year moving average for the US core-CPI).  As seen in the chart below, between 2003 and late 2007, the EBYG averaged around 2% (using nominal bond yields).  Since around mid-2008, the EBYG has ratcheted up further to average around 4.7% – it has occasionally spiked as high as 7% and dropped to just under 4%. So while some might argue equity market valuations are relatively cheap given the decline in bond yields, an equally valid argument is that this persistent apparent cheapness of equities must reflect a rise in the equity risk premium – potentially due to population ageing, the shock of the global financial crisis, or simply a refusal to accept bond yields will stay very low for an extended period.  Either way, investors appear to be demanding a higher equity risk premium relative to bonds.

While the EBYG has tended to drift up over recent decades, it has tended to trade in a 4 to 7% range since the financial crisis, with an average rate of around 4.5%.  If we assume a fair-value EBYG of 4.5% and a normalised 10-year bond yield of 2.5% (i.e. a rate which may hold over the next few years due to weak growth and low inflation), then a fair-value forward PE ratio is still around 14.3, or very close to the 14.6 average since 2003.

All up, allowing for both low bond yields and an apparent increase in the equity risk-premium, a fair-value forward PE ratio for the S&P 500 would still be not far from the 14.5 level it has averaged since 2003.  Given the forward PE ratio is currently 17.3, that suggests the market is still richly priced.

Wall Street at Risk of Correction

With US economic data travelling well, and the Federal Reserve sidelined, chances are that Wall Street may continue to test the upside for some time further.  A relatively benign earnings reporting season (as is typical given expectations are lowered ahead of time), may be another supportive factor.

That said, with valuations still seemingly stretched, the risk of an eventual serious pull-back is building.  With this in mind, investors seeking to profit from, or protect against, a declining U.S. share market could consider the BetaShares U.S. Equities Strong Bear Hedge Fund – Currency Hedged (BBUS).  BBUS seeks to generate magnified returns that are negatively correlated to the returns of the U.S. share market (as measured by the S&P 500 Index), hedged to Australian dollars.

BetaShares also offer a Bear and Strong Bear Fund which seek to provide returns that are negatively correlated to the returns of the Australian Equity market.

Please note: The Funds’ strategies of seeking returns that are negatively correlated to market returns is the opposite of most managed funds.  Also, gearing magnifies gains and losses and may not be a suitable strategy for all investors. Investors in geared strategies should be willing to accept higher levels of investment volatility and potentially large moves (both up and down) in the value of their investment. Geared investments involve significantly higher risk than non-geared investments. Investors should seek professional financial advice before investing, and monitor their investment actively. An investment in any of the Funds should only be considered as a component of an investor’s overall portfolio. The Funds do not track a published benchmark.