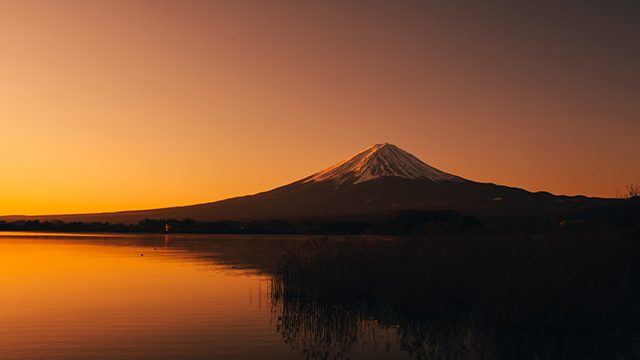 For almost three decades, from 1991 until only a few years ago, the Japanese stock market severely underperformed other developed markets on the back of a stagnating economy. So much so that the term ‘Japanification’ was coined to reference other developed economies possibly facing the same challenges that plagued the Japanese economy during this time, namely weak economic growth and low inflation, which occurred despite predominantly loose monetary policy1.

Such was the Japanese economic quagmire, the stock market, as measured by the Japan TOPIX Index, declined by ~40% from 1990-20182.

Things finally seem to be looking up for the Japanese market. From the start of 2019 to the end of February 2021, the market has returned over 27% as measured by the same index3.

Despite the strong performance, in our view Japan still presents an attractive investment opportunity for the following reasons:

The stars are aligning – finally

Japanese corporates have generally reduced financial leverage over the last 25 years, whereas most other developed economies, including the U.S., have increased it – as shown in the chart below.

This means the Japanese market may be relatively robust in a rising rate environment compared to more financially leveraged markets. Globally, we are starting to see signs of rates rising, spurred on by increased inflation expectations resulting from aggressive fiscal policy and the prospect of an economic rebound on the back of an effective COVID-19 vaccine rollout. Japanese rates are no exception: 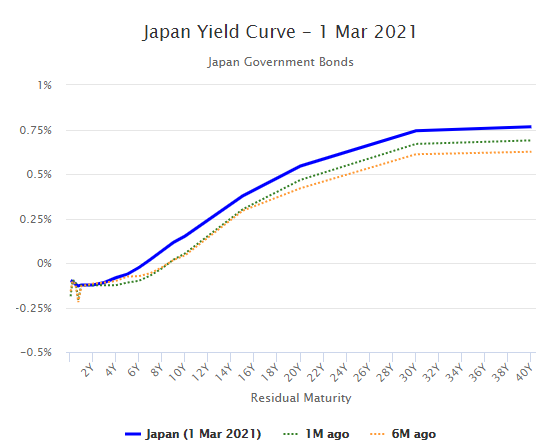 For reference, the Japanese Government 5 year bond yield rose 0.047% in the month of February – during which time the Japan TOPIX index outperformed the S&P 500 by 0.47%5.

Not only may the Japanese market be better equipped to deal with rising interest rates, but its relatively cyclical market also stands to benefit from economic normalisation as the world emerges from COVID-19 driven lockdowns.

The chart below shows:

Over the comparison period, the index that HJPN aims to track has generally underperformed against the S&P 500, but there have been periods where it has outperformed, typically coinciding with periods where the Australian 10-year bond rate (and by extension global economic activity) has been increasing.

Source: Bloomberg. As of 1 March 2021. Graph shows performance of HJPN’s index. You cannot invest directly in an index. Index performance does not take into account ETF fees and costs. Past performance is not indicative of future performance of any index or ETF.

This has largely been due to Japan’s higher weighting to cyclical sectors like industrials, which includes Japan’s large car manufacturing industry. Further to this, the index that HJPN aims to track has an emphasis on exporters, which are sensitive to growth in the global economy. By contrast, the U.S. market is tech heavy, which due to its defensive earnings profile tends to outperform during economic downturns.

How can investors gain exposure to the Japanese sharemarket?

Investors can gain exposure to Japanese equities, particularly multinationals with exporting operations, through the BetaShares Japan ETF – Currency Hedged (Ticker: HJPN). Importantly, this ETF is currency hedged, providing exposure to the underlying equities while seeking to minimise the impact of currency fluctuations.