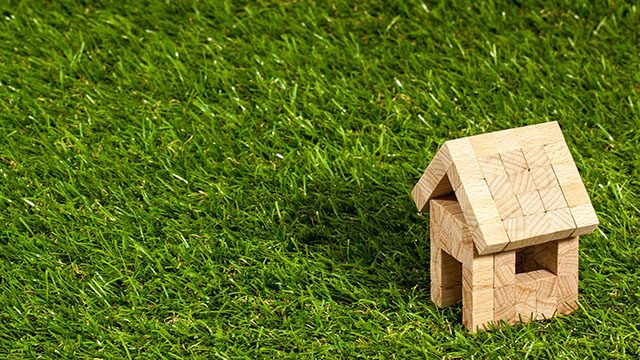 The Reserve Bank of Australia’s (RBA’s) pledge to keep interest rates on hold until inflation is sustainably back within its 2 to 3% target band could be tested over the next year with a potentially large rebound in house prices.

As seen in the chart below, our modelling suggests that overall national home loan affordability is at its best level in 18 years (March 2002), thanks to the overall decline in house prices relative to household income over the past three years and, perhaps most importantly, the substantial reduction in mortgage rates.

Specifically, our estimates* are based on the median capital city national established house price (as measured by the Australian Bureau of Statistics), combined after-tax income for a male and female couple earning average ordinary time earnings, a 10% housing deposit and the average bank mortgage rate for new owner-occupier loans. As at the June quarter, the estimated median national house price was $700,000, average after-tax income around $135,000 – with the prevailing relevant mortgage rate for new loans (at present) around 2.9%. That implies 26.2% of after-tax income would have to be devoted to meeting mortgage repayments on a 25-year loan, compared with an average since mid-2004 of 32.8%.

The last time our national mortgage affordability estimate was better than this was in March 2002. In the following two years, national house prices rose 36%. What we know from history is that when mortgage rates drop, new home buyers don’t just pocket the savings – they simply bid more for properties as their affordability limit has improved. 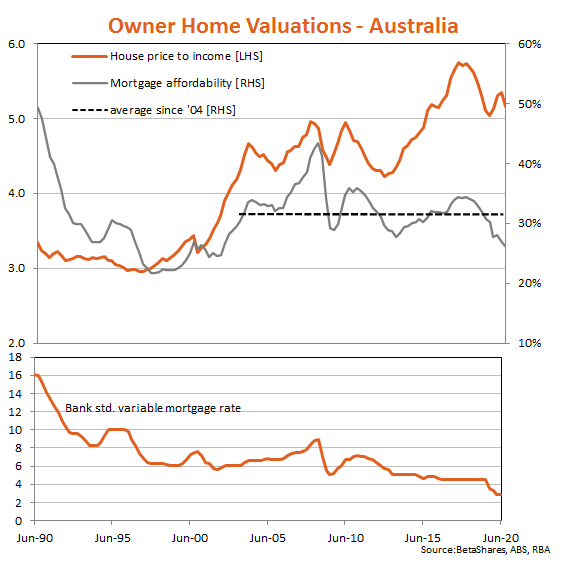 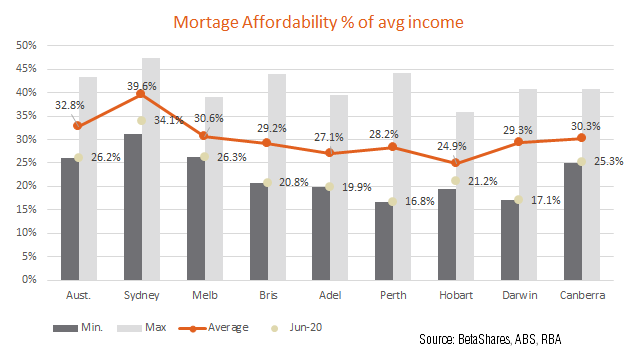 Helping support this lift in house prices, moreover, is the RBA’s commentary that they will not lift interest rates for up to three years – or not before there’s been a notable rise in consumer price inflation into the 2 to 3% target band. In other words, based on current RBA guidance, home buyers generally face little risk of a threat to current low affordability levels for some time.

History suggests that the way the market will find equilibrium under these circumstances is through a lift in house prices, until mortgage affordability for the marginal buyer is reduced to at least the long-run average – if not pushed to previous trough levels if a bubble mentality develops.

*Median (unstratified) national established house price is based on a weighted-average of capital city estimates by the Australian Bureau of Statistics (ABS) in its quarterly Residential Property Price Index publication. Household income is after-tax income for male and female both working full time and average full-time earnings as estimated by the ABS. The historic mortgage interest rate is the average discounted bank variable mortgage interest rate as calculated by the Reserve Bank of Australia.  The latest mortgage rate is the average variable rate for new loans to owner occupiers.