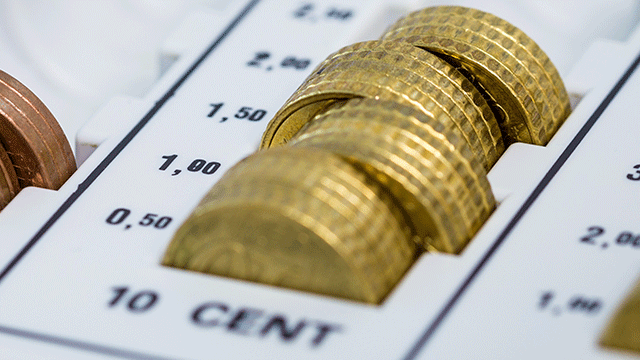 Ask almost anyone young or old in the western world if they are familiar with Amazon, Google, or Facebook and you would most likely get a resounding “yes!”  However, if I were to ask those same people if they were familiar with Tencent, the answer would probably be “Ten who?”

So, who exactly is Tencent and why haven’t you heard of it?

Tencent is a Chinese digital media and telecom conglomerate with over 30,000 employees.  It is China’s biggest and most valuable technology company, currently worth ~US$460 billion, making it the sixth largest company in the world and currently approximately the same size as Facebook.  Companies such as Facebook and Google are banned in China, so this helps local players dominate within the country without the same threat of global competitors, whilst also allowing them to expand into the western world.

Gaming enthusiasts all over the world are playing games made by companies owned by Tencent.  Gaming companies such as Riot Games (maker of League of Legends), Activision Blizzard (maker of Overwatch and Destiny), Supercell (maker of Clash of Clans), and a 40% stake in Epic Games (maker of Fortnite which is the hottest video game out right now), makes Tencent the leader in the ever-growing sector of mobile gaming and eSports.

Tencent continues to find ways to grow internationally.  For example, the company recently acquired a 12% stake in Snap Inc (the parent company of SnapChat) and also holds a 5% stake in Tesla.  It has also announced plans to conduct a US initial public offering (IPO) for its streaming music unit Tencent Music Entertainment (TME), with reports suggesting it could raise $1Billion and value the company at US$30 Billion, which would rival Spotify’s value (which at the time of writing is US$31 Billion).  Interestingly, Tencent owns a 7.5% stake in Spotify, making it the third largest shareholder behind the founders.  Spotify and TME swapped equity stakes in each other last December, so Spotify also has a 9% holding in TME.  This is considered beneficial for both companies, as it gives them the opportunity to invest in the long-term potential of the music market outside of their current regions.

Companies such as Google, Facebook and Amazon generate a disproportionate amount of earnings through advertising or physical goods.  However, Tencent only generates 17% of its revenue through online ad sales compared to Facebook’s 97%.  Instead, Tencent’s main source of revenue is online gaming – selling everything from the game itself to virtual goods such as online gaming avatars, and even clothes for those avatars.  Tencent is also looking at expanding into other areas of technology, announcing plans to open artificial intelligence labs in Shenzhen and Seattle and looking to develop a countertop smart speaker, like Amazon’s Alexa or the Google Home.  Should at least one of these ideas take off, it could well improve Tencent’s brand awareness globally.

How to gain exposure to Tencent?

Tencent is listed on the Hong Kong stock exchange and trades on the Nasdaq OTC market.  So, unless you are buying direct on those foreign markets, it can be difficult and expensive to gain access.  However, the new ASX-traded BetaShares Asia Technology Tigers ETF (Ticker: ASIA) gives you an easy way to gain a diversified exposure to Tencent and other leading Asian technology companies (ex Japan) such as Baidu (which owns China’s dominant search engine), Alibaba (the world’s largest retailer) and JD.com (essentially the Amazon of Asia).  Tencent currently has a weighting of ~9% in the index that ASIA aims to track.  It is also worth mentioning that China shares have sold off since January and are now down over -20%, mainly fuelled by the China/US trade talk concerns. Indeed, this sell-off may possibly represent an opportunity to enter this sector, which may well have been subject to indiscriminate selling, as several of the Chinese technology names aren’t directly affected by US tariffs considering they are doing business primarily within Asia or specifically in China.

It stands to reason that technology should continue to be a long-term thematic and help drive growth in the global economy.  The sizeable underweight of technology in the Australian market may well hurt relative performance of the market going forward, making Asian technology a potential complement to many Australian investors’ portfolios without doubling up on the big tech names you may already have through a Nasdaq or US sharemarket exposure.

Want to know anything else about Tencent or the other Asia Tech Tigers? Do let me know if you have any QQuestions? 🙂