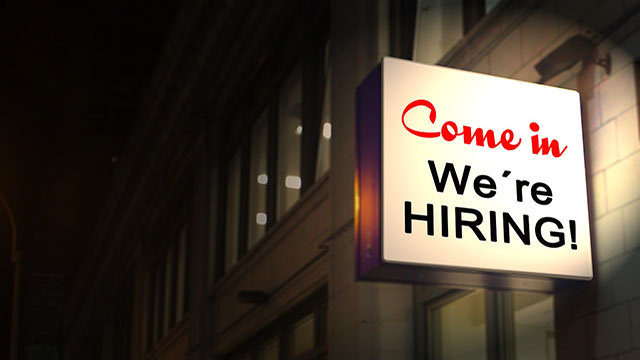 Our newly installed Prime Minister Malcolm Turnbull has stressed the importance of innovation and flexibility if Australia is to prosper in the face of the mining sector downturn.  Encouragingly, this note shows such flexibility is already being demonstrated – with a notable shift in jobs growth from mining and other “traditional” goods-producing industries toward the services sector currently underway.

Those worried about the economic outlook in the face of mining sector job losses should note this fact: as seen in the chart below, mining sector employment in fact peaked in May 2012 (three years ago), and almost 60,000 jobs had already been lost in the sector by February this year.  Although mining sector employment has lifted by 30,000 in the past six months, it remains well above levels earlier this decade and further weakness seems likely. Over this same period, however, the economy created 440,000 net new jobs – at an annualised growth rate of 1.2%.  While that growth rate is a bit below the economy’s long-term average, it’s arguably still not a bad result in the face of the mining sector downturn. Of course the question beckons: where did the new jobs come from?

Service sectors in the driver’s seat

As seen in the table below, the mining sector has not been alone in shedding jobs over the past three years.  Other notable job shedders have been the traditional “sunset industries” such as manufacturing and agriculture.  But what’s perhaps surprising is that job losses in the media and finance sectors have also been notable – no doubt reflecting ongoing technological change in these industries. The utilities sector has also seen job losses, likely reflecting continuing efforts to improve labour productivity.

In contrast, the standout sectors in terms of jobs growth have been health and professional/technical services.  The growing health sector no doubt reflects trends in population ageing, while growth in professional services demonstrates Australia is having some success in “upskilling” the workforce.  Note also the growth in warehousing and postal services, which likely reflects the rise in home delivery of online purchases. In part reflecting the home building upturn, construction sector employment growth has also been solid.  Despite pressures from a high Australian dollar, there has also been impressive growth in tourism-sensitive accommodation and food services – and even the retail sector has managed to grow jobs despite the rise in online shopping and relatively subdued consumer spending. Finally, there has also been good growth in public sector jobs and in the education sector.

Of course, the challenges from the mining sector downturn are not yet over. Indeed, as per the chart above, there are still around 120,000 more people employed in the mining sector in May 2015 than there were before the boom started in mid-2004.  To the extent there are more job losses in this sector, however, Australia is already demonstrating its ability to adjust.