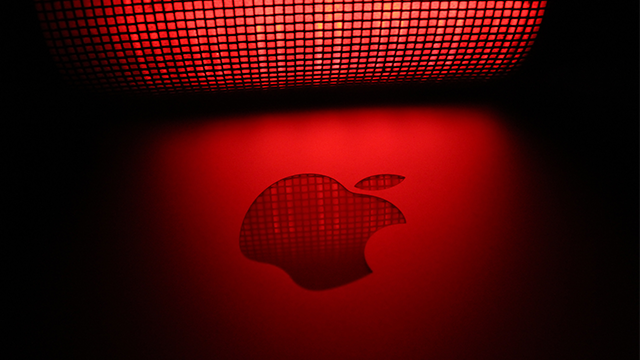 Despite concerns regarding high valuations and potential regulatory backlash, the latest earnings reporting season continues to highlight the strong and well diversified sources of earnings the tech giants are still able to harness.  This post delves into the actual earnings performance of some of the leading names in the NASDAQ-100 Index.

US earnings continue to shine

Before focusing on tech stocks in particular, however, it’s worth noting the generally strong current US earnings reporting season.  As we foreshadowed a month ago, the current reporting season has been quite strong by historic standards.

According to US research firm FactSet, 78% of the four fifths of US S&P 500 companies that have reported first quarter earnings so far have beaten market expectations – which is well up on the average “beat” ratio of 70% over the past 5 years. Annual growth in quarterly earnings is now estimated at around 24%, up from the still bullish expectation of 18% growth just before the reporting season began.

What’s more, while US tax cuts have been an important recent driver of improved earnings performance, other factors – such as the economy’s strength, rising oil prices and a weaker $US – have also played key roles.  Indeed, revenue performance has been even more impressive – with 77% of companies beating revenue estimates, compared to a 5-year beat ratio of only 57%. 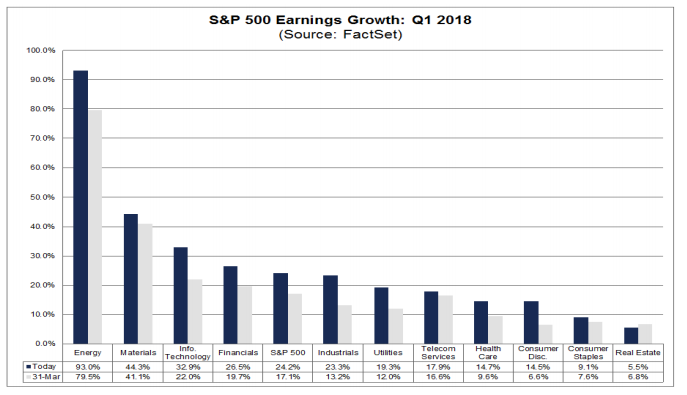 Given the relatively strong performance of the NASDAQ-100 Index in recent years, particular interest of late has focused on the tech giants – such as Microsoft, Amazon, Alphabet (Google) and Facebook.  And contrary to concerns that they may be running out of growth options, their latest earnings reports were generally impressive.

Indeed, although many of the tech giants rose to prominence through a single flagship product or service, they are generally still able to generate good returns from their traditional “cash cows”, due to strong network effects and scale economies.

At the same time, most of the tech giants have also successfully expanded into new areas, such as cloud computing and music and video streaming services.

Despite recent controversies over the use of private data at Google and Facebook, both their users and advertisers have so far remained loyal.  And Apple’s performance has been so good that famed US investor, Warren Buffett, only last week announced he had increased his stake and expressed regret that he could not own the whole company.

More detail on the earnings results, and underlying drivers, for the top five companies in the NASDAQ-100 Index are provided below: 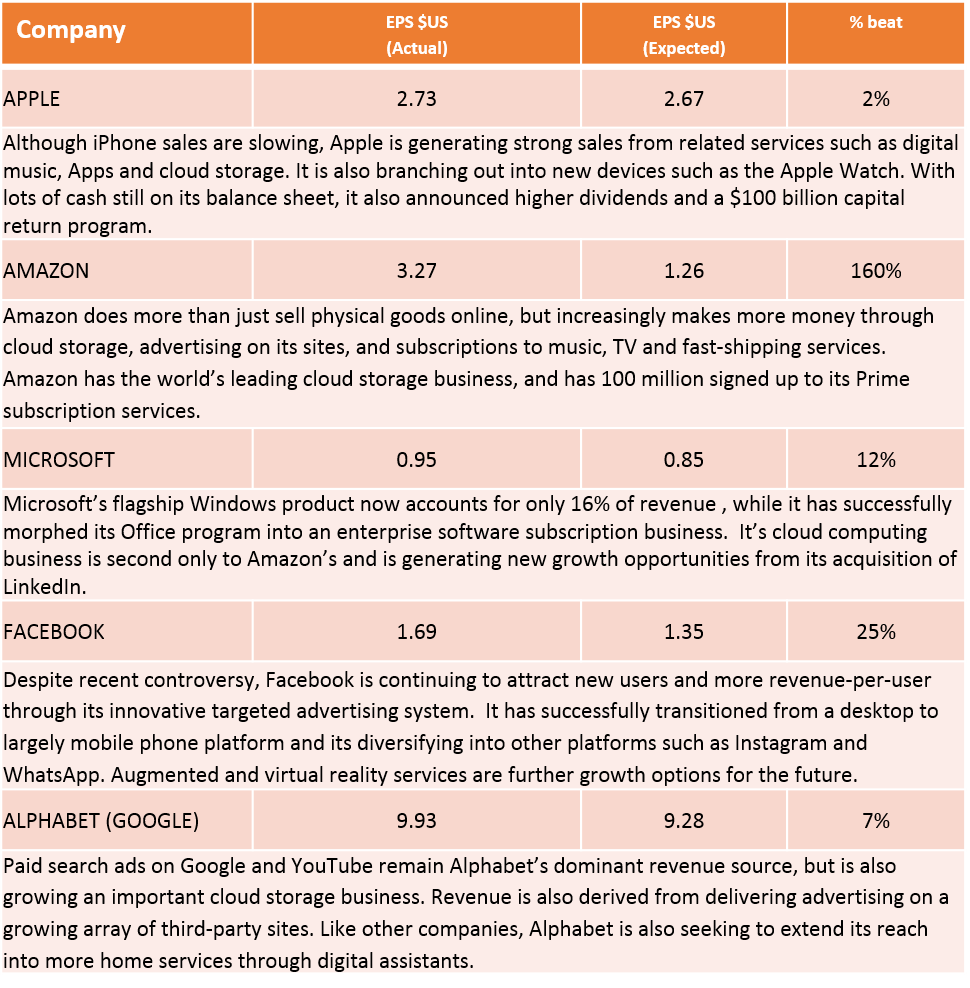 Of course, new regulations, particularly most recently in Europe, could make it easier for users to delete their private data and/or opt-out of the data collection arrangements by companies such as Alphabet and Facebook, and hence lessen their ability to offer “micro-targeted” ads.

But the extent to which users eventually avail themselves of these opportunities to better protect their private data remains to be seen.

What’s more, it’s likely today’s leading companies will retain a dominant position in whatever form of targeted digital ad services remains in the new regulatory era. Companies such as Facebook could also move toward seeking subscription fees for the digital platforms and services that it offers.

More broadly, given the ongoing strong earnings performance of companies in the NASDAQ-100 Index, together with the recent pullback in prices, valuations have become even more reasonable of late.

As at end-April, the price-to-forward earnings ratio for the NASDAQ-100 Index had dropped to 18.8, from a recent end-month peak of 21 at end-January. That’s still below the long-run average PE ratio of 24 (which also excludes the bubble years from 1998 to 2000).  Based on current Bloomberg earnings expectations, forward earnings are expected to rise a further 8% by end-December this year, and a further 13% over 2019. 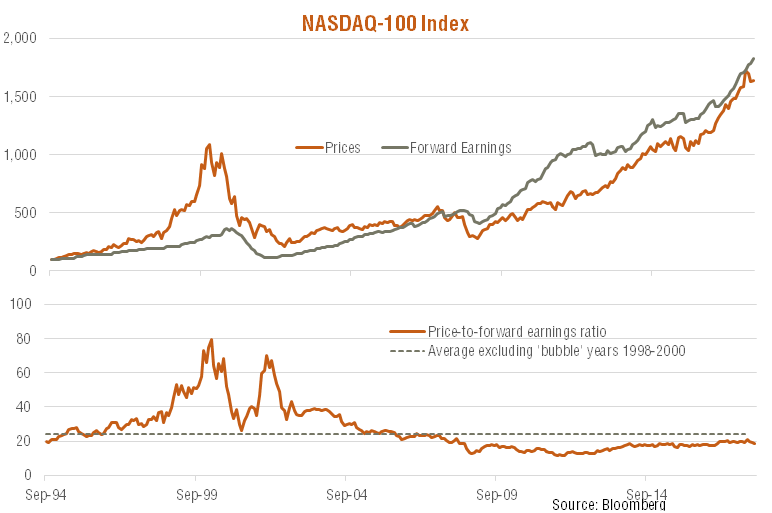 Despite the Australian equity market’s low technology weighting, Australian investors can easily gain exposure to the tech giants on America’s NASDAQ-100 Index – and diversify their portfolios – via the BetaShares NASDAQ 100 ETF (ASX code: NDQ).  NDQ aims to track the NASDAQ-100 Index before fees and expenses and can be bought and sold like any share on the ASX.

Nasdaq®, OMX®, Nasdaq-100®, and Nasdaq-100 Index®, are registered trademarks of The NASDAQ OMX Group, Inc. (which with its affiliates is referred to as the “Corporations”) and are licensed for use by BetaShares.  The Fund has not been passed on by the Corporations as to its legality or suitability.  The Fund is not issued, endorsed, sold, or promoted by the Corporations.  The Corporations make no warranties and bear no liability with respect to the Fund.