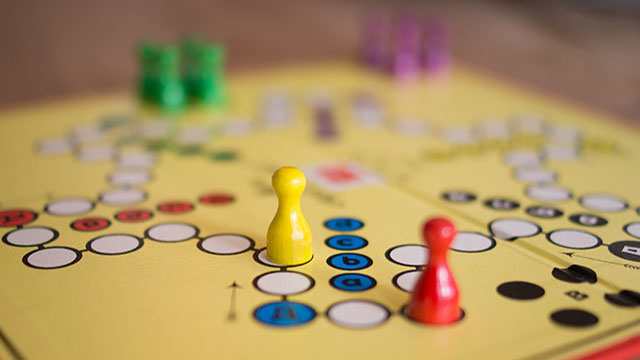 Following on from our recent blog post regarding buy-write strategies in the United States market, this note considers the Australian evidence, including research relating to a buy-write strategy similar to the one underpinning the BetaShares Australian Top 20 Equity Yield Maximiser Fund (managed fund) (ASX Code:YMAX).    As will be shown, compared to a traditional “buy and hold” strategy, a “buy write” strategy over Australian equities has the potential to provide enhanced income as well as attractive risk-adjusted returns by reducing overall volatility of total returns.

As detailed in an earlier blog post,  a “covered call” or “buy write”  strategy involves selling call options against an investor’s share portfolio to gain extra income. By selling a call, investors earn income in exchange for giving up the right to some upside share price appreciation, if the share prices rise beyond a certain level (these are called ‘premiums’). As should be apparent, such an options strategy is most likely to perform well when share prices are rising modestly, or are trending sideways or down. The strategy will likely detract from performance in periods when share prices are rising strongly. We’ll now consider the evidence.

The S&P/ASX Buy Write Index™ (ASX:XBW) was developed by the Australian Securities Exchange and is maintained by S&P Dow Jones.  The strategy underlying this index is to hold a portfolio of stocks benchmarked to the S&P/ASX 200 index, and then sell (or write) the nearest out-of-the-money quarterly S&P/ASX 200 index call option (the XJO option) to gain extra income.  It is assumed the option is settled at expiry, after which a new option is sold. As seen in the chart below, over the period from December 2004 to June 2015, XBW marginally outperformed the the market, with annualised total returns over this period of  9.1%, compared with 8.7% for the S&P/ASX 200 Accumulation Index. Illustrative only. Past performance is not an indicator of future performance. The performance of the XBW strategy is not indicative of the future performance of YMAX.
Note, moreover, the relative performance of XBW (the grey line in the chart above) tended to be broadly inversely correlated with overall market performance.  That is to say, XBW outperformed during the period of falling share prices  during the global financial crisis, and also during the period of relatively flat share price performance between late-2009 and mid-2012. By contrast, XBW under performed during periods of strong share price performance – such as in the years just before the financial crisis, and more generally since late 2012.
Also important, returns from XBW tended to be less volatile. Indeed, in the 10 years to end-December 2014, the standard deviation in annual returns for XBW was 15%, compared with 22% for the S&P/ASX 200 index.  For example in 2008, XBW fell by only 25%, compared with a decline of 38% in the S&P/ASX 200 total return index.

Other research suggests a variant of the relatively simple XBW buy-write strategy above has potential to produce better returns.

A study from the University of Sydney – commissioned by the ASX – covered the period from April 2005 to December 2011 and examined various alternate buy-write strategies.

One strategy – similar to XBW- was called the “basic” strategy in the research and involved selling one month out-of-the money (5% OTM) call options.  Another strategy – called the “delta” strategy – added the condition that options positions would be closed (effectively bought back from the market) should conditions arise where it seemed likely that the option would be exercised at maturity.  In these cases, a new out of the money option would then be sold.

As show in the graph below, the “delta” strategy outperformed both the “basic” strategy and the stocks only (i.e. no use of options) strategy over the whole time period. What’s more, the delta strategy also outperformed both the market and the “basic” options strategy over all sub-periods considered, including periods where the overall market was both strong and weak.  The volatility of returns for the delta strategy was also less (by around 15%) than that of the stocks-only strategy over the whole time period and in each of the sub-periods considered – though a little higher than for the “basic” options strategy. The BetaShares Australian Top 20 Equity Yield Maximiser Fund (managed fund)  (ASX Code: YMAX) was launched in November 2012.   The Fund holds the largest 20 Australian shares as represented by the S&P/ASX 20 Index. To enhance yield, moreover, the Fund also sells (or “writes”) exchange-traded call options on up to 100% of the securities in the share portfolio. The call options are actively managed and are written with terms of one to three months and strike prices that are expected to be approximately 3% to 7% above the then current market prices of the securities, subject to prevailing levels of volatility. In this regard, the strategy of the Fund is similar (but not identical to) that of the Delta strategy referred to above.  YMAX  uses the volatility of the underlying security as an input for selecting the OTM strike, rather than using a strict 5% OTM level.

As seen in the chart below, YMAX’s total return performance has tended to under perform that of the S&P/ASX 20 index since late 2012. This is to be expected given the strong rise in the market over that period. However, importantly, since inception, YMAX has provided less volatile returns than the market:  YMAX’s annualised standard deviation of daily returns to 30 June 2015 has been 10.4% since inception, compared with 12.4% for the S&P/ASX 20 index – and 7.4% for XBW.

YMAX’s lower volatility is well exemplified when looking at the maximum drawdown experienced since inception: The largest drawdown experience in this period by the S&P/ASX 20 (total return index) was 10.3% to 9 June 2015. By contrast, YMAX was only down 8.9% over this period.  Note also YMAX’s yield remained high compared with that of the market. The yield from YMAX over the 12 months ending June 2015 was 9.2% (and 10.8% grossed up for franking credits) compared with 4.6% for the S&P/ASX 20 index (6.2% grossed up for franking credits). Source: Bloomberg, ASX, BetaShares. Past performance is not an indicator of future performance

Even though the market conditions for YMAX since inception have produced lower overall total returns compared to an ‘uncovered’ stock portfolio, the Fund’s performance to date has been ‘true to label’: the product has delivered higher yield and lower volatility than the stocks alone, as well as downside market protection, while still providing investors with exposure to some capital upside. Additionally, the research outlined above suggests that buy-write strategies have shown good risk-adjusted returns over time, and have the potential to outperform stocks alone over longer-term market cycles.