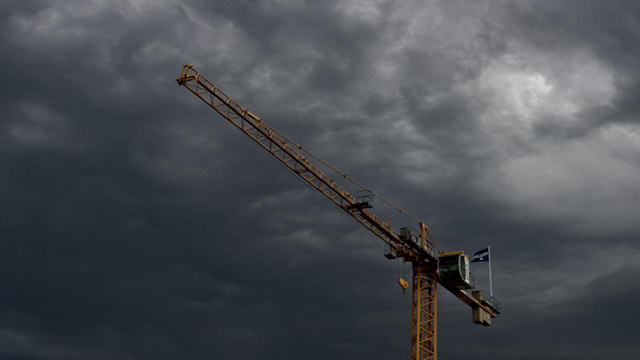 The upturn in home construction in recent years has been a major boon for the economy, at a time of falling commodity prices and a slump in mining investment.  The question arises, however, whether the good times can last in view of emerging supply-side constraints, rising vacancy rates and a tightening in lending conditions for investors. This note suggests that the potential topping out in home construction is a serious downside risk for the economy over the coming year.

The chart below demonstrates that there has been a strong uptrend in council approvals to build new dwellings in recent years – particularly medium-density apartments.  The question arises, however, whether approvals can keep rising much further from current levels.  After all, one of the key factors for economic growth is not the level of building approvals per se, but rather their rate of growth.  Even if, for example, building approvals remain at high levels – but start to level out – it would imply the contribution to economic growth from new dwelling construction would fall to zero. In the year to end-March, the real value of construction of new dwellings rose by 15.2%.  Even though new home construction accounts for only around 3% of GDP, this upturn directly contributed 0.5 percentage points – or one fifth  – of the 2.3% growth in the economy over this period, not counting the secondary effects on manufacturing, transport and consumer durables.

The current level of building approvals is already relatively high by historic standards. One emerging potential constraint is the diminishing availability of suitable land for development in the strong markets of Sydney and South-East Queensland – a point also made by the Reserve Bank in the May 2015 Statement on Monetary Policy.

Other warning signs are rising rental vacancy rates and reduced rental yields, both of which could undermine investor demand. Last but not least, banks have started to raise the mortgage interest rates faced by investors, and some lenders (such as AMP) have publicly announced a cut back in lending to this segment of the market. So called “jaw-boning” by Reserve Bank officials – warning investors not to overly stretch themselves – could also act to cool sentiment. Additionally, the Federal Government has cracked down on the purchase of established properties by foreign buyers, which could cool the rise in prices and also undermine interest in building new properties.

It should also be noted that Sydney auction clearance rate have slowed in recent weeks. If this persists it would also suggest the Sydney home prices may also (finally) start to level out.