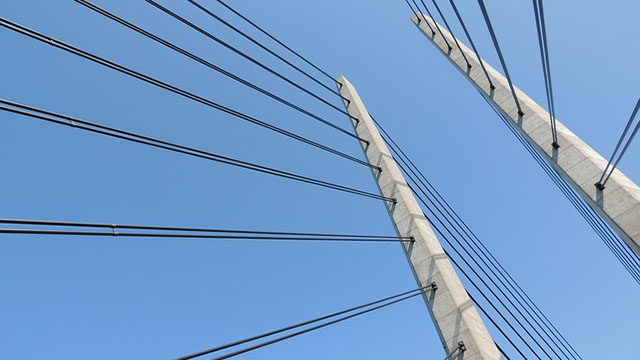 In light of the recent collapse in iron ore prices, debate has swirled on the longer-term outlook for Chinese steel demand.  According to estimates by the Reserve Bank of Australia, it takes around 1.7 tonnes of iron ore and half a tonne of coking coal to produce one tonne of Chinese steel.  Some argue Chinese steel demand has already peaked and is set to fall in the years ahead. Others argue – most notably our large iron ore producers – that Chinese steel demand will continue to rise, reaching around one billion tonnes over the next decade or so. Who is right?

Our estimates suggest it is still quite feasible for Chinese production to reach one billion tonnes – even as early as 2020. Note China produced 822 million tonnes of steel in 2014, or 590 kg per each of its 1.39 billion citizens. As seen in the chart below, this level of per capita production appears broadly in line with that of Japan and Korea at a similar stage of economic development (given China’s real GDP per capita in 2014 was $US12,800 in 2014 prices). 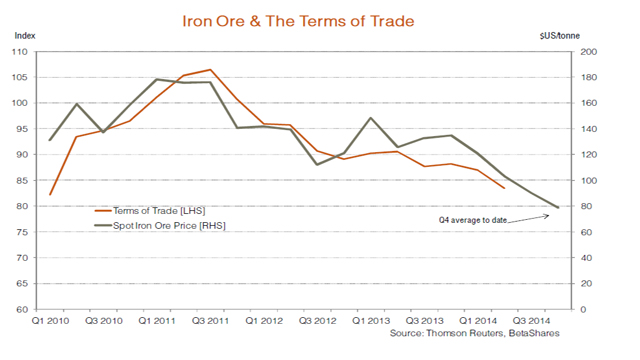 That begs the question: how will China’s population and level of economic development evolve over the next decade or so? According to United Nations projections, reflecting low birth rates and ageing demographics, Chinese population growth will be quite muted – only 0.5%pa in the six years to 2020 (to 1.43 billion), and 0.1% in the following decade (to 1.45 billion).

That said, as seen in the chart below, China’s still relatively low level of GDP per capita suggests there’s still ample “catch-up” growth potential ahead. In 2010, for example, China’s GDP per capita was estimated at around $US10,000 (ppp basis, 2014 prices), and it then grew at a 6.9% annualized rate in the four years to 2014, reaching $US12,800. Although it’s hard to be precise, the experience of other countries at comparable level of development suggest 5% annualised growth in GDP per capita might be a reasonable assumption to 2020 – with per capita GDP reaching $US17,200. Referring to the first chart above, a rough average of the experiences of the United States, Japan and Korea at similar levels of GDP per capita would suggest Chinese steel production per capita could rise further, reaching around 700kg.

As seen in the table below, assuming 0.5% population growth and a rise in steel production per capita to 700kg by 2020 implies Chinese steel production could yet rise to 1 billion tonnes by 2020 – implying annual growth of 3.4%.

More broadly, given China’s population is still expected to grow by 3% by 2020, to argue steel production has already peaked, one must assume a fall in steel production per capita in coming years – from what are still reasonably modest levels by historic development standards.

All up, while bulk commodity markets are currently suffering through a temporary cyclical period of over-supply – due to the long lags before production responds to shifts in demand and prices – the outlook for Chinese steel production still appears solid, which bodes well for the longer-term resource sector outlook.

Of course, achieving this growth will not be without challenges – as it critically hinges on development spreading to China’s more remote western regions, where the bulk of the population still reside.  Indeed, it is noteworthy only around 30% of China’s population live in the more developed eastern regions where living standards and steel production per capita are already approaching developed world levels, while 70% of the population live in the much less developed western regions where steel production per capita remains quite low.