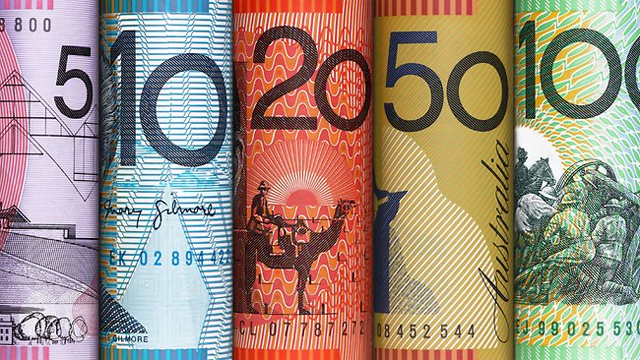 Declining interest rates have been an increasing source of concern for investors who need to rely on the (relatively) secure income streams provided by cash and fixed income investments.  With this in mind, it is worth reviewing the range of cash products available – and in particular, this note compares the yields that have recently been available from bank term deposits and the Bloomberg Bank Bill Index (a benchmark of many cash/money market funds) with that of the BetaShares Australian High Interest Cash ETF (ASX Code: AAA).  As will be seen, AAA has provided generally higher income returns than these alternatives, while still allowing investors to retain more immediate access to their funds, should the need arise, due to their ASX-traded status.

The BetaShares Australia High Interest Cash ETF invests all of its assets in bank deposit accounts maintained with selected banks in Australia.  BetaShares endeavours to ensure that the interest rate of the ETF is attractive relative to rates being offered by major banks in Australia.  Specifically, the ETF aims to generate a return that exceeds the 30-day bank bill swap rate (after fees and expenses).  The interest earned by the Fund is included its net asset value each day and the paid out monthly, meaning investors effectively earn interest income simply by holding the ETF for as long as they wish.

In addition, as the ETF can be bought and sold on the Australian Securities Exchange just like an ordinary share, AAA is still able to offer investors ready access to their cash whenever they decide to dispose of their ETF units (the proceeds from selling units on ASX are normally available on T+3).

As seen in the chart below, AAA has averaged higher returns than typical bank term deposits over 2015 to date (to end-June), and over each of the two halves of 2014.  The return on AAA is calculated as the annualised monthly income return (after fees and other management costs) over each of these three time periods. The term deposit rates are taken from the Reserve Bank website, and are the average monthly rates on offer over each of these three time periods, at each maturity, for a $10,000 deposit across the five largest banks.

The enhanced yield has been achieved despite the fact that AAA offers investors better liquidity that most term deposits – in that investment funds are available to unitholders when they decide to sell their units, whereas term deposits may in some cases only be able to be “broken” before the expiry of the term of the deposit by paying a break-fee. Past performance is not an indicator of future performance.  Chart shows annualised differential and is based on the interest rate earned by AAA after management costs.  The interest earned on AAA’s deposit accounts is variable.  The current interest rate is shown on the BetaShares website at www.betashares.com.au.

Another common benchmark over which cash returns are assessed – at least by professional fund managers that run highly liquid income funds – is the Bloomberg Bank Bill Index.  This index tracks a basket of short-term bank financing instruments known as bank bills, which are both highly liquid and credit worthy and trade daily in the professional money markets.

As seen in the chart below, AAA has provided an annualised yield return of around 0.7% higher than that of the Bloomberg Bank Bill index over recent times. Past performance is not an indicator of future performance.  Chart shows the annualised differential to 30 June 2015 and is based on the interest rate earned by AAA after management costs.  The interest earned on AAA’s deposit accounts is variable.  The current interest rate is shown on the BetaShares website at www.betashares.com.au.

All up, the BetaShares Australian High Interest Cash ETF (ASX: AAA) provides the opportunity for income focused investors to generate competitive returns on cash while also retaining ready access to their funds should the need arise.