The equity market is (relatively) cheap! 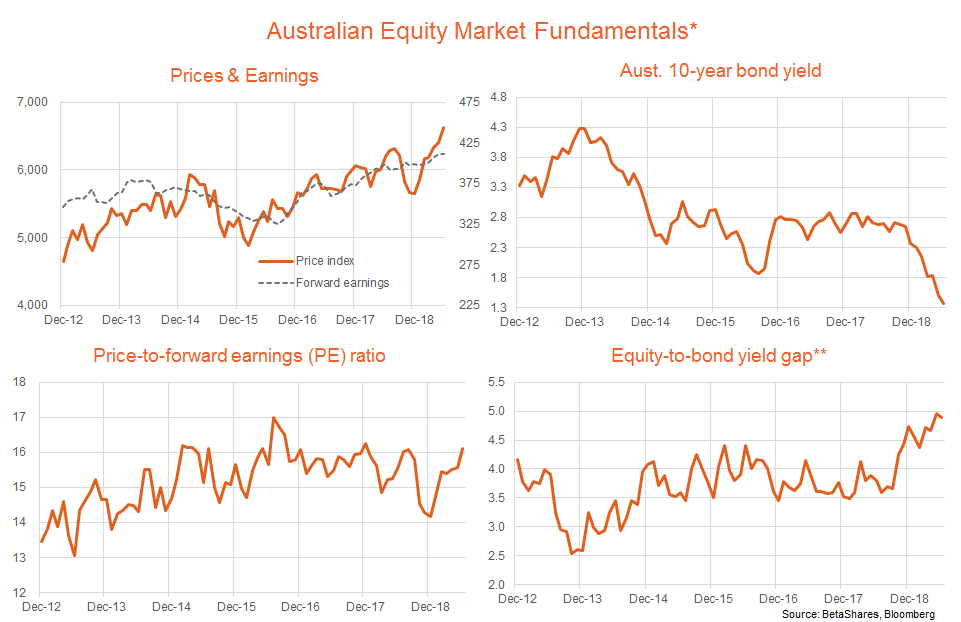 If bond yields stay low – as seems likely given prospective interest rates cuts in both the United States and Australia – the local PE ratio could easily push higher.  Indeed, if 10-year bond yields end the year at 1.25% (from 1.3%) then the PE ratio could reach 17.5, even with an equity-to-bond yield gap at a still relatively elevated 4.5%.

That could see the local S&P/ASX 200 index rise as much as 10% further – reaching 7,200 – this year even if forward earnings (based on current market expectations) remain relatively flat!