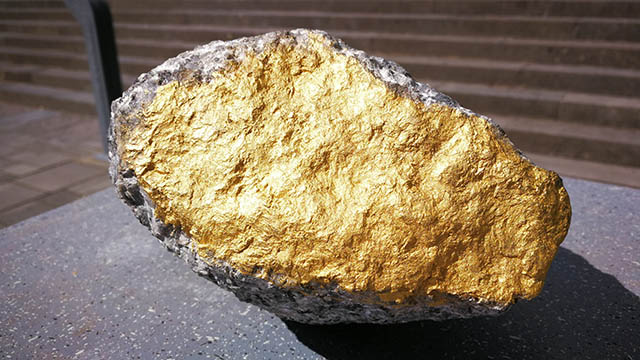 Gold has woken from its slumber to be up more than 18% since the start of the year (see chart below). Whilst this has been driven by growth concerns and falling real rates, we believe there is still a strong case for including it as part of a broader asset allocation.

Source: www.goldbroker.com. Past performance is not indicative of future performance.

We are likely moving into a new round of central banks easing monetary policy – to the point that there is now more than US$15 trillion in negative-yielding debt worldwide.

Gold could find favour given this globally synchronised trend. With interest rates at record lows, the opportunity cost of holding gold becomes less.

As the US-China trade war escalated once again in recent weeks, and a weaker Chinese currency (CNY) sparked global growth fears, gold prices have increased. With growth worries likely to persist, gold could rise further, potentially driven by an increased allocation from institutional investors who have been underweight gold in recent times.

Recent weakness in the US Dollar is also positive (as gold is priced in US$ and historically has been negatively correlated to the US$).

Central bank demand for gold has seen significant increases in buying activity, further supporting the gold price. China raised its gold purchasing pace by 50% earlier in the year and continued to stock up on gold for the eighth month in a row in July amid escalating trade tensions.

Gold is one of the easiest USD-denominated assets to own, particularly while a local currency depreciates. With the Fed easing monetary policy, more central banks may decide to add gold to their portfolios.

We believe that gold is currently in a sweet spot as a portfolio diversifier.

US data surprises have been persistently negative recently, and unemployment (one of the key late-cycle indicators) has remained low and is expected to fall further. Whilst it may sound counter-intuitive, low levels of unemployment can suggest an economic cycle is closer to the end than the beginning, and have often preceded recessions or a slumping economy. If economic conditions worsen, central banks would likely be forced to cut rates further. If, on the other hand, US inflation starts to gain momentum, this would likely be negative for the US dollar even though rate cuts would be pared back.

Both scenarios are supportive of gold. In addition, we are seeing less upside for equities, based on the expectation that slowing economies will start to have an impact on earnings. Investors will have to start focusing on other assets as alternative sources of return. 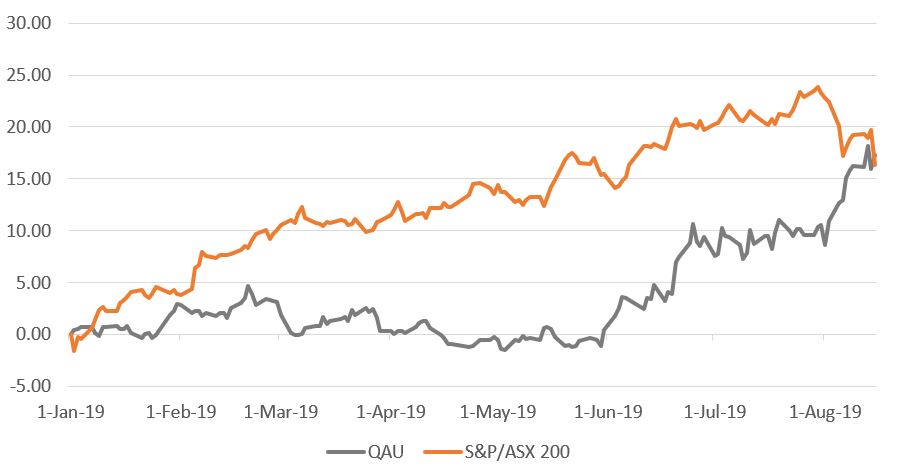 Source: Bloomberg. Past performance is not an indication of future performance.

How to gain exposure to gold

The historical positive correlation between the AUD and gold could generally favour a currency-hedged exposure in a rising gold price environment. Furthermore, we believe that in the current environment of potential trade wars, currency wars and easing cycles, it makes sense to remove the uncertainty of currency risk and to play gold price movement via either currency-hedged gold bullion or currency-hedged global gold miners.

Performance as at 31 July 2019. Source: Bloomberg. Past performance is not an indication of future performance.