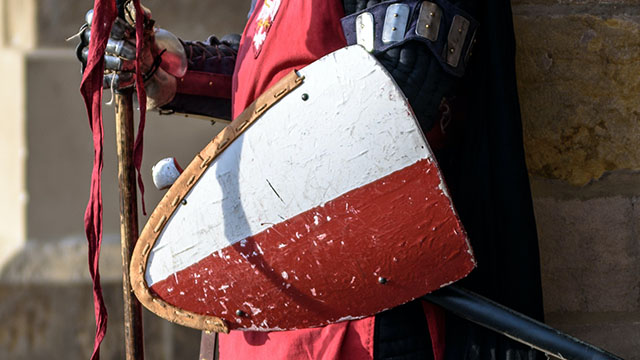 A major attraction of government bonds over, say, corporate bonds, is their generally higher credit rating1, or lower risk of default. After all, governments have the ultimate revenue source to fall back on – taxation – should it be needed.

These types of bonds can also offer useful portfolio diversification advantages as, all else remaining constant, they historically have tended to perform better than lower-rated bonds during periods of equity market weakness.

Due to their strong institutional framework and relative economic stability, bonds issued by governments of major advanced industrial countries typically attract higher credit ratings – and being widely owned and traded on global markets, these bonds also tend to be relatively liquid, even in times of market stress.

In view of these benefits, the index which GGOV aims to track2 provides exposure only to government bonds, and only to those of major (G7) industrial countries3. As a result, the portfolio of bonds included in GGOV’s index has an average credit rating higher than the bonds in many other widely-followed global benchmark bond indices, such as the Bloomberg Barclays Global Aggregate Index (BBGAI) (which includes corporate bonds) and the Bloomberg Barclays Global Treasury Bond Index (BBGTI) (which includes non-G7 government bonds4). 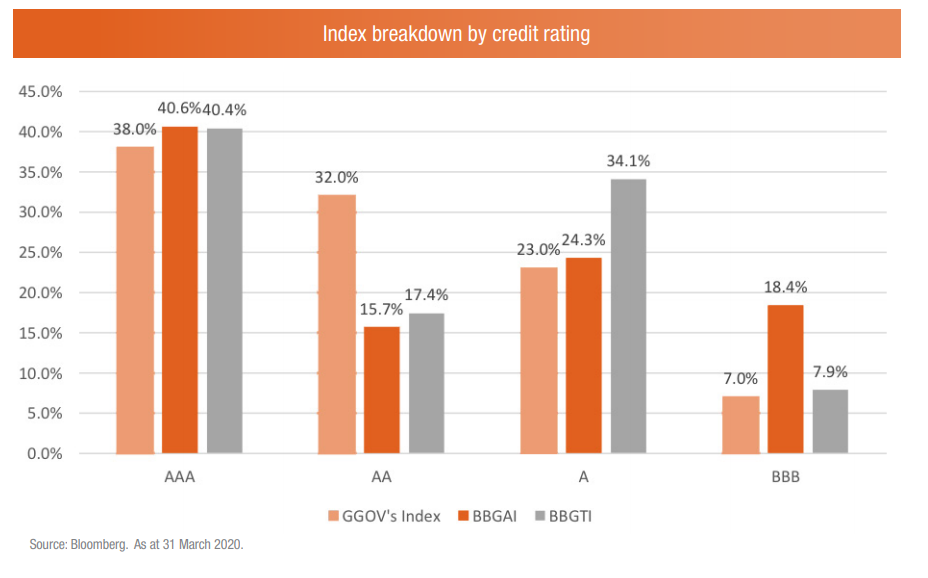 Due to their greater price sensitivity to changes in market interest rates, long-duration bonds5 – as distinct from shorter-duration bonds – historically have tended to both reward investors through higher yields over time and also provide attractive portfolio protection qualities in times of equity market weakness, as they benefit most from the declines in global bond yields usually seen in these periods6.

As seen in the chart below, this has meant GGOV’s index has tended to produce stronger returns than the BBGAI and BBGTI during recent periods of equity market weakness, reflecting both its long duration and high credit quality features. 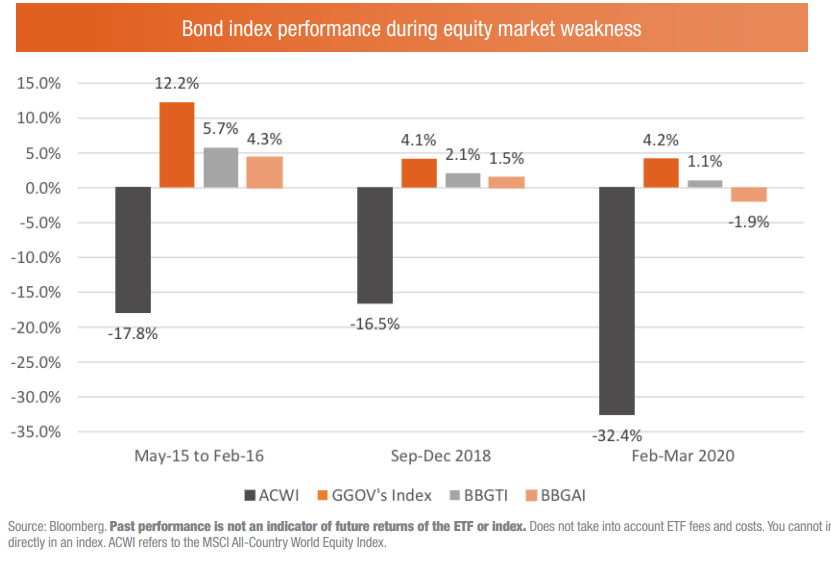 At the same time, investors have tended to be rewarded for holding these longer duration bonds through a higher yield. As at end-March 2020, the yield-to-maturity (after AUD-hedging) for GGOV’s Index was 1.68% p.a.7, compared with 1.59% p.a. and 1.13% p.a. for the BBGAI and BBGTI respectively.

All up, by combining the desirable features of high credit quality and long duration, the index of bonds which GGOV aims to track has the potential to offer both a relatively attractive yield and useful diversification attributes when held alongside equities in a multi-asset class portfolio.

1. Credit ratings merely reflect the opinion of a particular ratings agency, and do not provide any assurance regarding the bond issuer’s ability to meet its payment obligations in relation to a bond. Credit ratings are not intended to be an investment recommendation or used as a basis for assessing investment merit.
2. S&P G7 Sovereign Duration-Capped 20+ Year AUD Hedged Bond Index.
3. The G7 countries are: USA, Japan, Germany, United Kingdom, Italy, France and Canada.
4. These include Spain, Korea, the Netherlands, Australia, Belgium, China and Switzerland.
5. Duration, or more technically defined modified duration, is a summary measure of the price sensitivity of a bond, or bond index, to changes in the general level of interest rates. It is generally linked to a bond’s remaining term-to-maturity (i.e. number of years before principal is repaid. A modified duration of 5, for example, indicates that the price return of the bond or bond index would decline by around 5% for every 1 percentage point change in interest rates. Financial markets usually reward bonds with a higher price sensitivity to interest rates with a higher yield, due to their likely greater return volatility – as a standalone investment – over time.   The longer a bonds duration, the longer the future stream of fixed nominal income payments that a bond pledges to pay investors. When interest rates change, the present value of this future stream is worth more in today’s dollars.
6. Past performance is not indicative of future performance.
7. Yield is variable – not indicative of future yields. Yield does not take into account GGOV’s fees and costs.