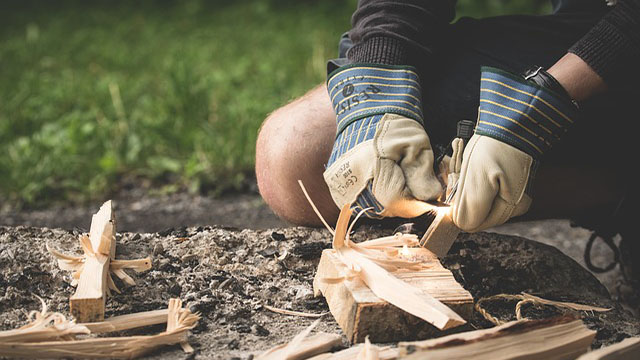 Australia’s economy has fared better than most post-GFC, buoyed primarily by the tail end of the resource boom, solid population growth and a strong financial sector. That said, with the resource boom maturing, and the workforce ageing, the Australian economy has slowed – and is likely to grow at a slower pace in coming years than we’ve grown accustomed to.  In this Portfolio Construction post we take a look at how investing through exchange traded funds can help to deal with the challenges of ‘picking winners’ in the new environment.

At first glance these environmental changes could be taken as a negative for investors in the Australian share market. But the reality is that our economy has long had to cope with structural change, which has not stopped quality Australian companies from generating profits and wealth for investors over the long term.

That said, picking who tomorrow’s corporate winners and losers via purchasing individual shares will be is not always easy.   In this regard, investors should note an often little appreciated benefit of index based investing through exchange traded funds – survivorship bias.  The indexing process is such that it automatically cuts exposure to poorly performing companies over time, while re-weighting to new and more strongly performing competitors – something you don’t get when buying individual stocks.

As such, ETFs are compelling investment vehicles to gain broad exposure to the ongoing success of the economy – from wherever it may arise.

Structural Change and the Economy

Most investors are likely familiar with Australia’s earlier commodity export price boom, and the associated strong lift in mining investment. During this period, national income and employment grew at a healthy pace.

Of course, a by-product has been relatively high interest rates by global standards and a strongly rising Australian dollar – which have been harmful for many Australian sectors not exposed to the resource sector.  In effect, interest rates and the $A worked to “squeeze” other sectors of the economy so as to make room for a rapidly expanding resource sector without threatening a break-out in wages and prices.

Population ageing has also contributed to a fall in labour force participation, which has meant somewhat slower growth in the work force relative to the overall population.

With commodity prices now in retreat, and a falling share of the population of working age, the Australian economy faces slower growth in national income. Indeed, Senior Treasury official Dr David Gruen recently noted gross national income per person grew at an annual rate of 2.3 per cent over the past 13 years but may rise annually by only 0.9 per cent over the next decade.

The Economy’s next Phase

And growth in domestic production should be faster still, due to strong gains in resource export volumes – particularly iron ore and LNG – following the heavy investment in new capacity in recent years.  Low interest rates and the weaker A$ are also helping the economy unleash activity in sectors once held back by the mining boom, such as housing and non-mining trade exposed sectors like tourism and international education.

Of course, as the baby boomer generation moves into retirement, growth patterns will change. Far sighted management should identify and respond to these changes – witness the massive investment by our major banks into wealth management businesses, to replace lost mortgage income with the fees earned by managing retirement funds.

More generally, the predicted changes in the economy should be gradual enough for many existing firms to respond in a timely manner to the new challenges and opportunities as they arise. And those that don’t are likely to be usurped by nimble new starters which, if successful, are also likely to stake their place among Australian listed companies.

Apart from changing or amending corporate strategy (which the best companies already do), astute management can also modify their financial management to maintain or boost dividends. Capital management programs can help support share prices and grow dividends, at least in the near to medium term.

In short, thanks to earlier pro-competitive reforms such as deregulation of labour and product markets and the floating of the A$, the Australian economy has demonstrated remarkable resilience and flexibility – avoiding recession over the past twenty years despite the dotcom crash, Asian financial crisis, and the most recent US sub-prime induced global financial crisis.

We should not underestimate the ability of corporate Australia to rise to the next set of challenges they face.

The Benefit of ETFs

ETFs which track broad sharemarket indices provide a tailor made solution to the investment problem of a gradually changing corporate environment. Because typical ETFs are designed to track indices which weight companies based on some measure of their size – with indices re-calculated at least annually – they automatically exclude companies which fall below the minimum requirements to be included in that index. For example, our FTSE RAFI Australia 200 ETF (QOZ) weights companies based on ‘fundamental’ size, providing a good measure of the companies’ economic footprints. Should a company become ‘less important’ to the economy, at the time of a rebalance it will simply be removed from the index or its index weighting will be reduced – without the investor having to make any manual adjustment.

This means that companies at the lower end of the index will be removed, when and if companies below them improve their fortunes.

Think of this index re-calculation a bit like Darwin’s “survival of the fittest” – although investors may find it hard to pick which individual stocks to buy and hold, broad based indices within ETFs automatically do that job for them.