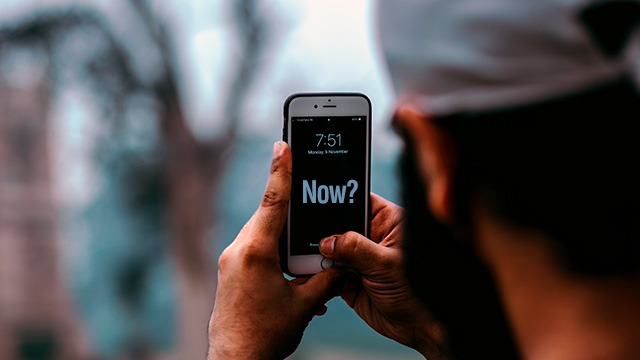 Despite a strong long-term economic growth outlook, the Indian economy has slowed over recent quarters and its sharemarket has under-performed global peers so far this year.  With policy stimulus on the way, this could offer a buying opportunity, assuming the Indian economy manages to rebound over the second half of this year.

As seen in the chart below, India’s economic growth rate has slowed over the past year, reaching 5% in the year to June 2019.  That compares with 7.2% average annual growth since mid-2012.  It’s also much lower than the 7.6% p.a. long-term growth forecast recently released by the International Monetary Fund.1

All that said, the economy has nonetheless endured a cyclical slowdown in recent quarters.  This has partly reflected lingering disruptions caused by difficult structural policy changes, such as the replacement of previous bank notes and a new sales tax – both aimed at reducing the cash economy and shoring up public finances.

The slowdown also reflects a tightening in credit conditions imposed by regulators – and financial institutions themselves – to nurse their stretched balance sheets back to health after years of poor lending and bad loans.  Both the real estate and auto sectors – which rely on credit funding to finance purchases – have been hurt by the credit crunch.

The recent national elections over April and May -which returned Prime Minister Narendra Modi for a second term – also added to uncertainty.

As might be expected, policy makers have responded to the economic slowdown.  The Reserve Bank of India has cut its key policy rate four times since August 2018 – or 110 basis points – to a nine-year low of 5.4%, and retains an easing policy bias.  Supporting easier money conditions is the fact that, at 3.2%, consumer price inflation remains comfortably below the RBI’s 4% long-run target.

For its part, the Government only last week announced the merger of several state banks and a capital injection to strengthen their balance sheets and promote stronger lending. It has also backed down on proposed new taxes on foreign investment – which had seen some capital outflow in recent months – and introduced incentives to support the car sector.

As yet the Government has not unleashed a major fiscal stimulus package, preferring instead to keep its budget deficit in check. That said, pressure is building for such a response, and helping boost the budget bottom line in recent times has been a much larger than usual dividend from RBI operations.

India is also moving into its annual festival season over September to November, a period which tends to see a large rise in consumer spending.

A growth opportunity at reasonable value

Apart from its growth potential, one of the attractive features of the Indian market is that it tends to be relatively less correlated with global markets over time. Indian equities did not fall as sharply as global stocks overall in late 2018 – and Indian share price performance, partly due to the local economic slowdown, has lagged the global stock rebound so far this year. 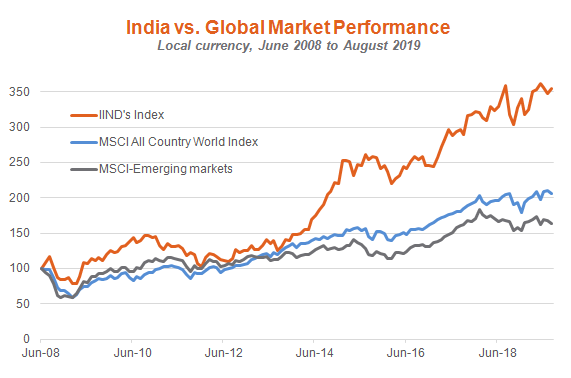 Source: Bloomberg. Total return indices (in local currency) based to 100 at 30 June 2008. Shows performance of index, not ETF, and does not take into account ETF’s fees and costs. You can’t invest directly in an index. Past performance is not indicative of future performance.

So far this year to end-August, the MSCI All-Country Equity Index has lifted by 17.4% in $A terms, compared with a gain of only 3.9% for the Index of quality Indian companies that the BetaShares’ IIND ETF aims to track.

This period of relative share price weakness has left Indian equities appearing to offer reasonable value on some metrics.  According to Bloomberg estimates, for example, the market’s price-to-forward earnings ratio as at end-August was 17.3, or still within the range of the past few years.  The market’s price-to-book value, however, had dropped to the lower end of its range of the past few years, suggesting a potential value opportunity. 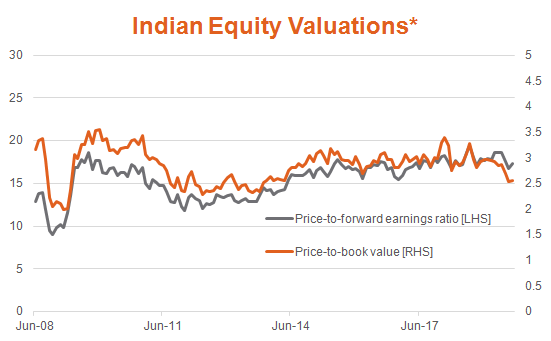 Given India’s long term growth potential and the growing efforts of policy makers to boost the economy, there’s a good chance the economy will enjoy a cyclical rebound over the coming year, which could see Indian equities performing relatively strongly by global standards.

Due to the top-heavy and relatively less efficient nature of the Indian equity market, this smart indexing strategy has over time tended to outperform the broader Indian equity market – which instead weights companies purely by their market capitalisation2