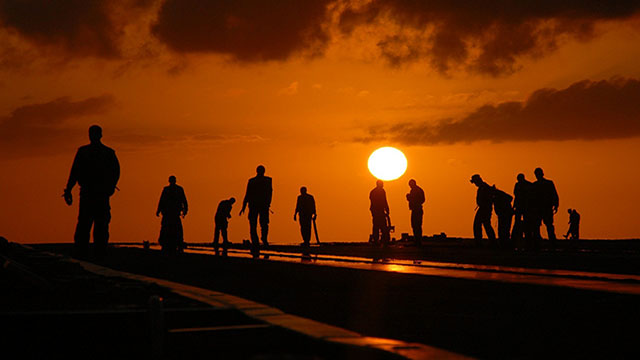 The much weaker than expected 38,000 gain in United States payrolls for May led many to fear a weakening in the US economy and immediately caused the market probability of a near-term Federal Reserve interest rate increase to drop notably. But rather than weak demand, the soft payrolls report might also reflect emerging capacity constraints.  If so, it would pose upside risks to inflation and interest rates and downside risks to economic growth and profits.

The knee-jerk market reaction to weak US payrolls report was to suggest it reflected a weakening in labour demand.  Yet such a result is inconsistent with still strong US hiring intentions.  As seen in the chart below, the official US job opening rate (total surveyed job openings as a % of employment plus job openings) has continued to march upward in recent months, and is now at a higher level than prior to the financial crisis.  That suggests the employment result could simply be a “rogue number”, which is either revised away or followed by a large rebound in coming months. That said, the soft result is also consistent with the possible emergence of capacity constraints.  The above chart also shows that the rate of labour hires appears to have flattened off somewhat, which against the backdrop of still high openings suggests employers may be finding it more difficult to attract suitable workers.  And less noted in the May payrolls report was the sharp decline in the unemployment rate to only 4.7%, which is now the lowest level since just before the financial crisis.

Labour market tightness is also evident from an upturn in average hourly earnings in recent months to around a 2.5% annual rate. While this is still relatively low by historic standards, the direction now appears clearly upward.  What’s more, due to much weaker than typical labour productivity growth during the current expansion, unit labour costs – quite unusually – are now running at a faster annual pace than hourly earnings, at around 3% over the past year. That’s also consistent with an (albeit gentle) uptrend in core consumer price inflation since mid-2015. US Profits Looking ever more Vulnerable

The final chart shows trends in the unemployment rate and America’s corporate profit share. As evident, a peaking in the profit share has usually taken place mid-way during past economic expansions, and begins to decline notably as the unemployment rate reaches relatively low levels – indicative of labour market tightening pushing up wages and squeezing profits. Although the US profit share has clearly peaked and appears to be turning down, it has yet to fall precipitously and remains at a relatively high level.  But if the unemployment rate continues to edge lower, the risk is that wages growth will start to accelerate and the profit margin will contract much further – which in turn could cause corporate America to cut back on employment and investment, potentially precipitating the next recession. For investors that are concerned about a possible correction in the US share market, BetaShares offers the U.S. Equities Strong Bear Hedge Fund- Currency Hedged (ASX Code:BBUS), which is designed generate magnified returns that are negatively correlated to the returns of the U.S. share market (as measured by the S&P 500 Index), hedged to Australian dollars. To achieve this exposure, the Fund sells S&P 500 futures contracts to provide short exposure that is allowed to vary between 200% and 275% of the Fund’s NAV on any given day.  As a result, a 1% fall in the S&P 500 Index on any given day can be expected to deliver a 2.0% to 2.75% increase in the value of the Fund before fees and expenses (and vice versa).

As such the Fund allows investors to either undertake an outright tactical short trade against the US market or hedge the market exposure of an existing portfolio or US shares (without needing to sell underlying securities). Graph shows performance of Fund relative to S&P 500 index since inception. Please note, the BBUS Fund’s portfolio is managed actively and should not be expected to provide the exact opposite of the market return over any time period. Fund returns are calculated in A$ using net asset value per unit at the start and end of the specified period and do not reflect the brokerage or the bid ask spread that investors incur when buying and selling units on the ASX. Returns are after fund management costs, assume reinvestment of any distributions and do not take into account income tax. Returns for periods longer than one year are annualised. Past performance is not an indicator of future performance.

Please note: The Fund’s strategy of seeking returns that are negatively correlated to market returns is the opposite of most managed funds.  Also, gearing magnifies gains and losses and may not be a suitable strategy for all investors. Investors in geared strategies should be willing to accept higher levels of investment volatility and potentially large moves (both up and down) in the value of their investment. Geared investments involve significantly higher risk than non-geared investments. Investors should seek professional financial advice before investing, and monitor their investment actively. An investment in the Fund should only be considered as a component of an investor’s overall portfolio. The Fund is actively managed and does not track a published benchmark.