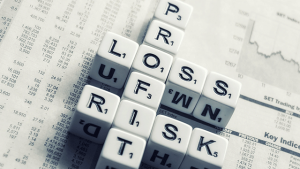 Most readers and investment professionals will accept that “time in the market” beats “timing the market” as the key to wealth generation over the long run. Despite this, we tend not to think too much about the accumulation process, often making investments on the assumption of a static lump sum that doesn’t receive frequent cash injections – i.e. the discretionary cash flows from our salaries are ignored when developing our investment strategies and asset allocations. In this post I discuss the role of ‘human capital’ and how such capital should be considered when making asset allocation decisions, as well as how the often mis-used tool of leverage can play into such a decision.

Part of the reason that young people are encouraged to take on more risk is due to their investment horizons, which at 30+ years in the case of people in their late 20’s or early 30’s, is long enough to ride out much of the volatility along the way. It could be argued an even better reason for greater risk tolerance is young people have a very large, but intangible buffer: their human capital. Defined as the present value of their expected future salary earnings, human capital can be a fairly substantial asset if an investor is fairly early in their working careers. Depending on the nature and stability of a particular career, a future salary stream may resemble an inflation-linked bond exposure, an equity exposure or somewhere in between. In addition, technological changes like automation have the potential to disrupt some industries and the future of work, so keep all this in mind when selecting your asset allocation mix.

Due to a lack of time in the market, young people often have a relatively small amount of accumulated wealth relative to their disposable incomes. While it can make it difficult to undertake capital-intensive investments (such a deposit for a home), it also means that even large equity market corrections can be offset by a few pay slips. This is definitely not the case for someone nearing or already in retirement, who may lose the equivalent of years’ worth of savings during a severe downturn. Depending on the stability of their salaries and expected wage growth as they progress in their careers, young investors shouldn’t fear large equity market corrections. After all, contributions matter far more than returns at the beginning of one’s investment journey.

A role for leverage?

An incredible amount of wealth has been generated through residential property in Australia over the past 20 years, with house prices gaining well in excess of inflation and wages, particularly in Melbourne and Sydney. However, one could argue it’s not the observed returns to property that has been the key to wealth (as many other asset classes have delivered far greater returns), but rather the leverage investors have taken on and the financial discipline enforced by a mortgage. When an investment returns above the financing cost and is leveraged many times over (up to 10 times in the case of property), significant returns on equity are to be expected.

Whether property continues to deliver real returns over the next 20 years is debatable, but the end of a property bull market doesn’t mean the end of wealth creation for younger investors starting out in their careers. Leverage can be employed across a variety of asset classes, either through derivatives, margin loans or internally geared exchange traded products. One of the key advantages of leveraged funds is access to wholesale borrowing costs, which are significantly lower than what a retail investor would face from a margin loan. Regardless of your preferred flavour of leverage, the key point is to try and maximise asset accumulation early on and ensure the returns compound as much as possible – in this regard, leverage is one way of increasing the effective pace of asset accumulation.

Far too often leverage is simply thought of as a tactical trading tool – a way to magnify market moves in directional bets. In my opinion, long-term investors should not think of leverage the same way a trader does, but should view it as a way of accelerating asset accumulation, which should return in excess of the costs of financing over the investment horizon, particularly if such time horizon is long term. Our Geared fund ASX code: GEAR, for example, is a positively geared broad Australian market exposure, physically holding all the stocks that comprise the S&P/ASX 200 Index and receiving the accompanying franking credits, resulting in a gross yield (at time of writing 9.2%) significantly above the cost of borrowing and fees. That said, leverage will undoubtedly increase the volatility of your net asset position and even if you have a relatively high risk tolerance, one should use sensible leverage limits and stay diversified – not just across securities but also asset classes. A product like GEAR can help free up capital to be used towards more defensive asset classes like bonds or hybrids while still being ‘fully invested’ in the broad sharemarket (from an exposure and franking credit perspective). Leverage and concentration can be a very dangerous combination, but leverage in the aid of diversification can potentially improve the portfolio’s risk-return characteristics compared to an unlevered exposure in a single asset class.

We want to maximize our time in the market and we want to maximize how hard our assets work for us to build wealth. This means accumulating growth assets early and quickly before shifting towards more defensive asset classes as retirement approaches and changing the mindset away from capital accumulation towards capital preservation and income generation. Young investors in the early stages of their careers can use their future incomes as shock absorbers for market volatility, allowing leveraged strategies to be pursued judiciously with less harmful effects than for older investors.

Please note: Gearing magnifies gains and losses and may not be a suitable strategy for all investors. Investors in geared strategies should be willing to accept higher levels of investment volatility and potentially large moves (both up and down) in the value of their investment. Geared investments involve significantly higher risk than non-geared investments. Investors should seek professional financial advice before investing, and monitor their investment actively. An investment in a geared fund should only be considered as a component of an investor’s overall portfolio. BetaShares Geared Funds do not track a published benchmark.