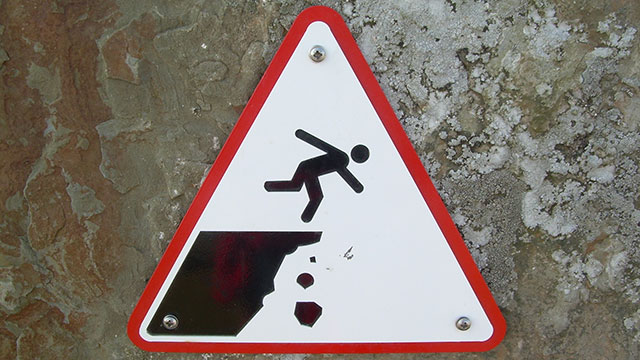 While my “on hold” call for the RBA turned out correct last year, I now expect the RBA to cut the cash rate this year, and twice by early-2020.  This reflects a weakening in a range of economic indicators and the Reserve Bank’s own acknowledgement of more downside risks.

Let’s start with the economy.  As mentioned, a range of Australian economic indicators have turned notably weaker of late: 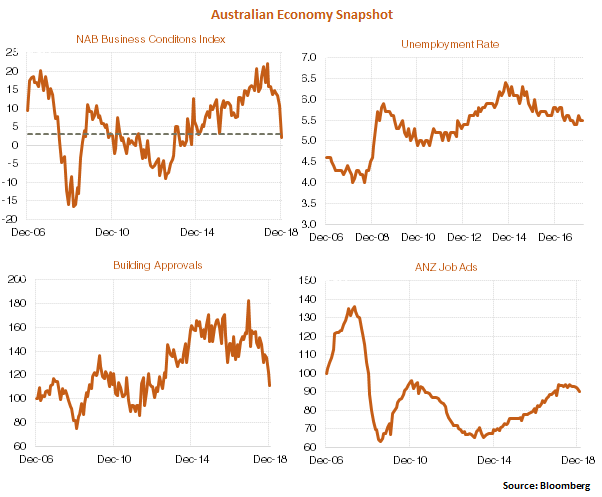 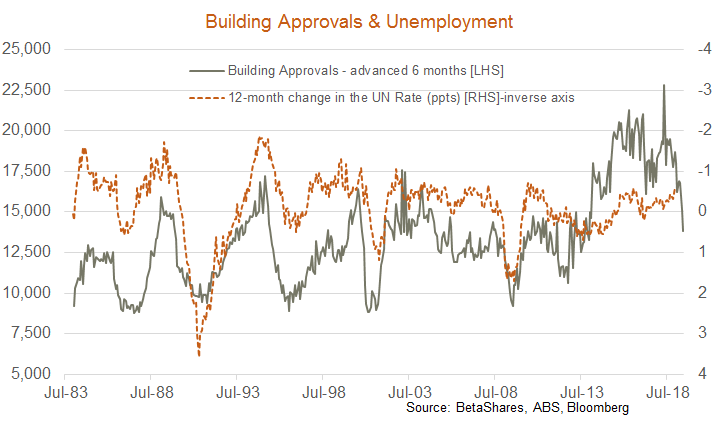 The housing sector remains a key swing variable for the economy – both through the “wealth effect” of weaker property prices on consumer spending, but also more directly through reduced employment in the housing construction sector.

Although Sydney and Melbourne house prices have already declined notably, they still remain expensive based on long-run affordability measures.  The absence of foreign buyers and proposed changes to negative gearing and capital gains tax laws – should the Labor Party win the next Federal election – are likely to continue to weigh on the sector.  As is usual, the upcoming Federal election campaign could also undermine business and consumer sentiment at a vulnerable time, especially as the Morrison Government is likely to wage a scare campaign over the threat to the economy posed by Labor.

Globally, while the US economy continues to post good economic growth, conditions in Europe and China especially have eased.  The lingering risk of a US-China trade war persists.

Meanwhile, commentary from the Reserve Bank last week suggests it now sees economic risks as more evenly balanced.  The RBA has dropped reference to the next move in rates as likely being up.   While this implies only a “neutral policy bias”, in my view the reality is that if local interest rates move anywhere this year, it’s now more likely to be down.

However, I suspect the RBA remains very reluctant to cut interest rates – given they are already quite low and further declines might have only a muted effect on the economy.  The RBA would also be loath to unduly interrupt what it likely sees as a necessary, albeit uncomfortable, ongoing housing price adjustment in Sydney and Melbourne.

That said, should the unemployment rate begin to head higher, and given the still quite low rate of local inflation, I also suspect the RBA will feel the need to respond by lowering interest rates. That’s why I suspect the RBA will likely wait for the unemployment rate to actually rise (possibly to at least around 5.4%) before acting, unless there is an even sharper deterioration in other forward indicators in the meantime.

It’s on this basis that I now expect the RBA to cut rates by year-end, with a move to a 1% cash rate by around February 2020.

Subject to what else happens in the economy, this should be a positive for interest-rate sensitive sectors of the market and companies with high offshore earnings exposure – given the $A could also weaken to at least my first target of US68c.

Among the BetaShares suite of exchange traded products, some investment opportunities worth considering in the event of lower local rates include long duration corporate bonds (via CRED) and listed property/infrastructure exposures (such as via RINC).