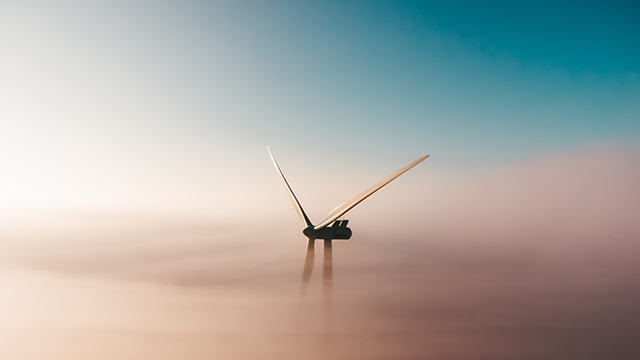 Last week I read an interesting piece by someone who clearly is not a fan of thematic investing.

He demonstrated the dangers of jumping on the ‘next big thing’, pointing out, for example, the risks faced by early investors in the automobile industry. The Duryea Motor Wagon Company, the first U.S. carmaker, was founded in 1895. Over the next 25 years, 436 car manufacturers came into existence, but 30 years later, almost all had fallen by the wayside as the big three of General Motors, Chrysler and Ford emerged.

More recently, those who committed their hard-earned cash to the online shopping phenomenon via Amazon have been rewarded handsomely – but it’s easy to forget spectacular failures such as etoys.com, Pets.com and Boo.com, which didn’t turn out so happily for investors.

The writer’s conclusion? “Thematic leaps do not axiomatically line the pockets of those willing to finance them.”

Maybe so. But does this mean we should abandon the attempt to profit from trends that have the potential to change the world? Or simply that we need to be smart in how we go about it?

What is thematic investing?

Thematic investors try to identify long-term transformational trends, and the investments that are likely to benefit if those trends play out. Such investments are typically agnostic to industry sectors or geographical boundaries.

Thematic investing focuses on structural, rather than cyclical trends. These are themes that tend to be one-off shifts that irreversibly change the world, driven by powerful forces such as disruptive technologies or changing demographics and consumer behaviour. By contrast, cyclical themes are typically short/medium term, and tend to revert.

An example of structural change is the emergence of e-commerce, which has fundamentally shifted the way goods and services are bought and sold. Another example is the rise and rise of cybersecurity, which is increasingly becoming a critical threshold component of all technology solutions as more and more of our world goes online.

How can I invest thematically?

Here’s where it gets trickier.

The writer I referred to earlier is right – picking winners is notoriously difficult. For every Amazon or Netflix, there are hundreds, even thousands, of companies trying to exploit the same opportunities, that fail.

For this reason, there are benefits to gaining exposure to a theme in a different way, one that is not an ‘all or nothing’ gamble.

Thematic ETFs take this approach. They typically aim to track an index that measures the performance of a range of companies that have the potential to benefit if the theme plays out. And, like thematic investing more generally, they are typically sector and country-agnostic. Diversified exposure means that the inevitable failure of some of these companies will have a less of an impact. The hope is that some, or many, will succeed, and that overall the portfolio of companies will increase in value.

As important as the how, is the when.

One model proposes that disruptive technologies, products and ideas typically follow an S-shaped adoption curve with five stages. The chart below shows the growth, and rate of growth, at each stage.

The timing of an investment is largely a trade-off between upside potential and risk.

Investing right at the start of adoption has the highest potential reward – but also involves the greatest risk, as the trend is far from established, and there is a high possibility of failure.

Waiting until the later stages involves far less risk, as the theme is well-established – however the potential rewards will also be less, as the successful progression of the theme will already be reflected in the prices of the investments being considered.

What theme might be in the sweet spot right now?

In 2021, what is a theme that fits the criterion of a ‘one-off shift that irreversibly changes the world, that is long-term in nature, and driven by powerful forces such as disruptive technologies or human behaviour’? One that is neither at the earliest stages, nor has reached maturity.

While we believe there are a few, the candidate we’re focusing on today is climate change.

Global warming is one of the defining challenges of the 21st century. Unaddressed, it will have a catastrophic impact on our planet and the lives of future generations. Many would argue the catastrophe is already unfolding.

Given the dimensions of the challenge, the size of the response and the amount of money needed to be spent on it is correspondingly large.

The United Nations Intergovernmental Panel on Climate Change (IPCC) estimates that to contain the rise in global temperatures to 1.5 to 2°C above pre-industrial levels by 2100 would require a halving in the level of greenhouse gas emissions (GGE) currently projected by 2050 under the current 2016 Paris Climate Agreement1.

Energy currently accounts for around two thirds of global GGE. Global energy producer BP estimates that to achieve the extra GGE cuts suggests by the IPCC would require a 10-fold increase by 2050 in the share of energy derived from renewables – or from around 5% in 2018 to between 40 and 60%2.

Meanwhile, the Energy Transitions Committee (ETC), a global organisation of energy producers, financial institutions and environmental groups, believes it is possible to create a prosperous net-zero-emissions economy by mid-century, in which case global warming would be limited to the lower bounds of the Paris Agreement’s target range.

The ETC estimates that the additional investment required to achieve a zero carbon-emissions economy by 2050 will be US$1-2 trillion p.a.3

To tap into the long-term growth potential of this theme, BetaShares has launched the Climate Change Innovation ETF (ERTH).

ERTH provides investors with exposure to some of the world’s leading companies at the forefront of tackling climate and environmental challenges. ERTH’s portfolio comprises the 100 largest global companies that derive at least 50% of their revenues from products and services that help to address climate change and other environmental problems through the reduction or avoidance of CO2 emissions.

The deep cuts to emissions that will be required to limit global warming call for innovation on a range of climate and environmentally friendly activities. ERTH provides exposure to a broad range of solutions, including clean energy, electric vehicles, energy efficiency technologies, sustainable food, water efficiency and pollution control. Companies with revenues from fossil fuel and other negative business activities are excluded.

ERTH enables investors to make a difference – by supporting companies that are leading the fight to create a more sustainable planet, investors in ERTH can be confident that their investment dollars are having a positive impact.

ERTH is regularly re-balanced according to market capitalisation, helping to ensure that the ETF continues to retain exposure to the top companies in this area, even as technologies and market conditions, and therefore the relative successes of different companies, changes over time.