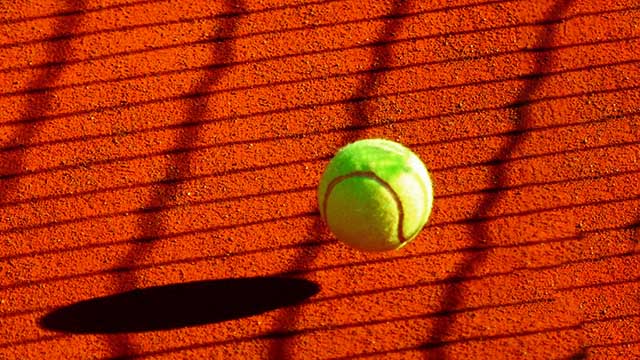 Trend signals for major markets remained unchanged last month.  Though they remain in a sharp downtrend, global bonds yields rebounded strongly in September as the US and China agreed to resume trade talks and the US Federal Reserve indicated it might not need to cut interest rates as aggressively as the markets had thought.

Equities are still trending up,  and withstood the rise in bond yields, but the uptrend has flattened in recent months as markets approach previous record highs.  The $US continues to grind higher, supported by ongoing relative strength in the US economy. Risk-on sentiment saw gold prices edge drop last month, but the trend remains firmly up for now. 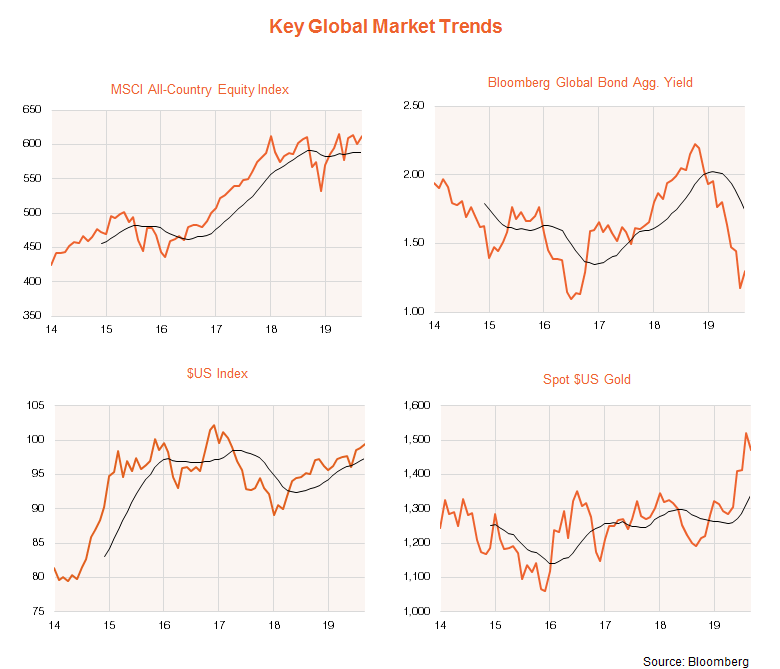 As seen in the chart pack below, the uptrend in global equities so far this year has been led by PE valuations rather than earnings, with the latter in turn supported by the decline in bond yields.

Forward earnings have flattened out this year, reflecting ongoing downgrades to the expected pace of earnings growth this year and next.  Until such time as earnings expectations begin to level out, further gains in equities will be reliant on further gains in the PE ratio – which at 15 times forward earnings as at end-September is at least still below the previous highs of around 16 last seen in 2017.

Can the PE ratio rise further?  Current low bond yields remain valuation-supportive, so the degree to which bond yields potentially rebound further in coming months will be important. That said, to the extent bond yields do rise somewhat, this might presumably be associated with an improved outlook for the global economy and earnings expectations. 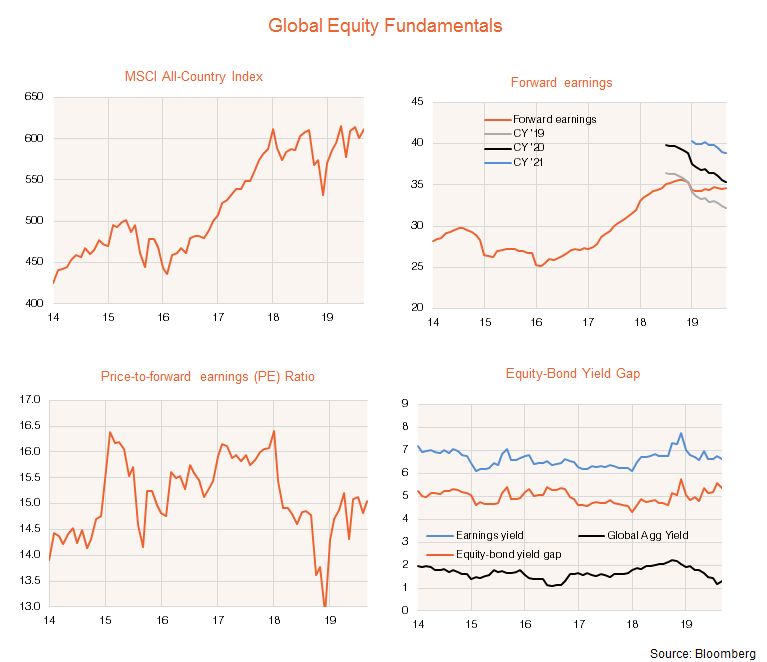 Across BetaShares currency-hedged global equity sector/thematic funds, weaker gold prices saw global global miners drop back last month (MNRS), though this remains the strongest relative performing** exposure.  In second place is European equities (HEUR), likely supported by a weakening in the Euro versus the $US.

Across unhedged global equity sector/thematic funds, India (IIND) continued to perform well, thanks to Government fiscal stimulus via tax cuts – and this remains the strongest relative unhedged performer. Global quality (QLTY) and US technology (NDQ) are the next strongest relative performers. 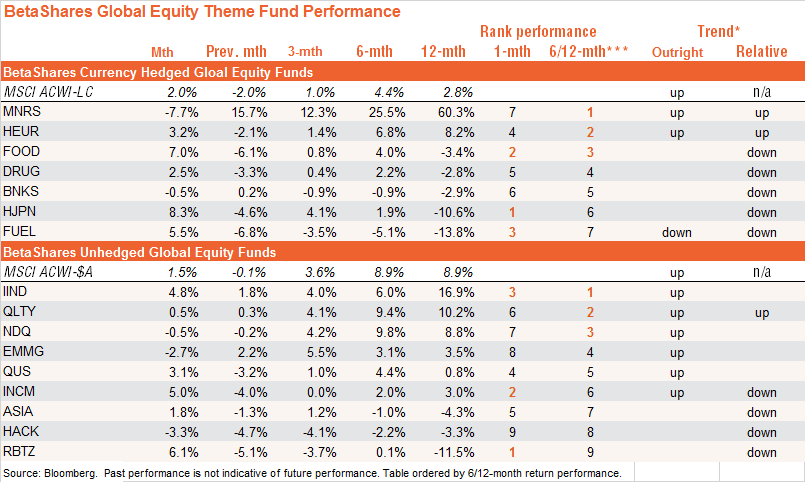 Although a lift in bond yields likely contributed to a dip in returns last month, among BetaShares Australia equity ETP themes, RINC continues to display a relatively strong trend of outperformance** due to its exposure to listed real assets (like property, infrastructure and utilities).  This reflects not only a search for defensive yield within the Australian market, but also relatively good active outperformance by RINC compared to market-cap weighted passive exposures in areas such as listed property and infrastructure.

The next top relative performer is financials (QFN).  Indeed, the period of trend underperformance by the financial sector appears to have levelled out in recent months, along with the fundamentally-weighted QOZ ETF (which is overweight financials compared to sector weightings for the S&P/ASX 200 Index). 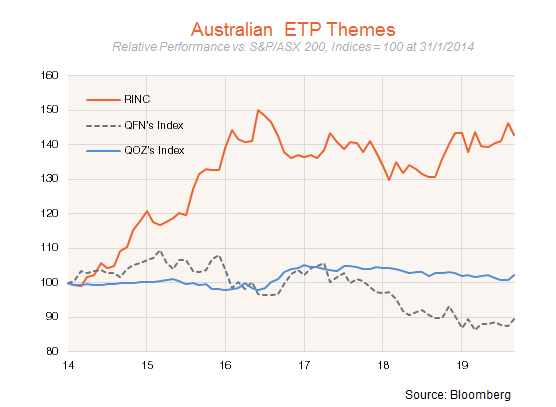 Across BetaShares Australian cash, fixed-income and hybrid funds, the rebound in local bond yields produced small negative returns for our long duration Australian government (AGVT) and corporate bond (CRED) ETFs.    That said, the downtrend in bond yields in recent months has still meant these funds produced strong returns over the past year.

‘Australian ETP Themes’ Chart – Source: Bloomberg. Past performance is not indicative of future performance. As RINC commenced trading on the ASX in February 2018, the performance information provided is based on the unlisted Legg Mason Martin Currie Real Income Fund, a comparable fund to RINC managed by Martin Currie Australia using the same strategy to illustrate how the strategy has performed over a long time period. Periods over a year are annualised. Performance is shown net of management fees. Legg Mason Martin Currie Real Income Fund Inception Date: 1 December 2010. This strategy is not constrained by a benchmark, and is shown against the S&P/ASX 200 Accumulation Index purely for comparison purposes.