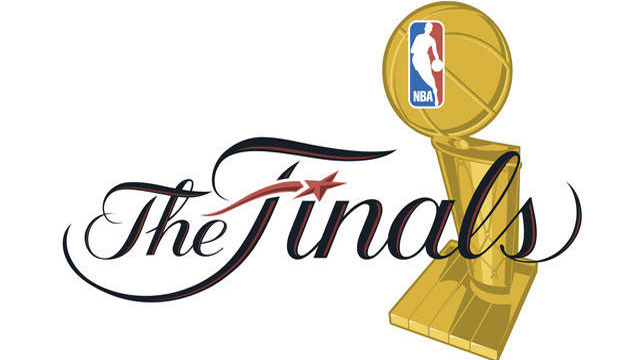 The NBA (the American basketball league) Finals has just finished with the San Antonio Spurs defeating the Miami Heat. Plenty has been written on how the two teams play different styles of basketball, but it turns out that there may be some investing lessons you can draw from the characteristics of the finalists.

After watching every game of the 2014 finals series, I was struck by how the two teams reminded me of the active stock picker vs passive index fund debate and ETFs.

Before taking this thought further, let’s take a step back and look at the facts, which may be particularly useful if you have no basketball knowledge or didn’t watch the series.

The NBA regular season is conducted over six months as each team toughs it out over 82 games. For the best of these teams, four separate best of seven game series await with the victor earning bragging rights to be called “the best basketball team in the world”.

The Miami Heat have on their roster the most recognisable basketball star on the planet in Lebron James, he’s supported by Dwayne Wade and Chris Bosh, former 2008 Olympic teammates – representing the Miami “big three”.

Notwithstanding some quality players, however, the Miami Heat are highly dependent on LeBron James, the best player in the world (and why shouldn’t they be!) to score points and win games.

The San Antonio Spurs, on the other hand, are often criticised by media and basketball fans as being “boring” and “too old”. Their “big three” are Tim Duncan, Tony Parker and Manu Ginobli. Tim Duncan is in his 17th season in the NBA and is often referred to as “old man riverwalk”. The other members of the San Antonio big three are also over the age of 30 (ancient !)

The Spurs are often considered the best “team” in the game – five players as one unit resulting in a brand of unselfish basketball. The Spurs play a team system, which is tried and tested. Risk is diversified across a number of players which means if one of their big three has an off night, the deep reserve bench helps to provide the necessary offence to score enough points and win games.

By having a great group of players, albeit not necessarily considered the most talented, the Spurs have diversified its portfolio of players, in the same way a broad ETF does in tracking a diversified underlying index.

To take the analogy further, an investor in an ETF may not own the largest percentage of the best performing stocks (aka the Lebron stock!) but overall, an ETF offers the potential  to outperform actively managed portfolios, with high levels of diversification.  For example, an ETF tracking the S&P/ASX 200 index would have outperformed approximately 70% of active managers benchmarked to this index in the five years to 31 December 2013 (source: SPIVA).

One of the main principles of the Spurs’ game is “trade good for the great”. What this means is that a player should be willing to give up a good shot and pass the ball to someone who has a great shot – the best opportunity to score.

Each team is given 24 seconds (the shot clock) to score and many times, that extra “great” pass occurred with mere seconds left on the shot clock. It left many fans biting their nails, but in a majority of cases, the Spurs eventually scored an easy basket.

It is this patience and belief which is important for investing. Sometimes, it is easy to sell out of a position, especially one that has been profitable. Often though, investing is about patience – the good turning to great. This is especially true if the portfolio is well diversified and positioned for long term growth.

Sometimes, you just need to wait for that extra pass to see the “great” play out in your portfolio.

Heat scorch it up

Now, for full disclosure, this article has a bias towards the Spurs as I’ve been a fan of that team since 1993. In reality, the Miami Heat’s style of play has been successful too.

For stretches of each game, LeBron James took over and was unstoppable – often being the only factor driving his team’s competitiveness. Without a doubt, he is currently the best player in the NBA.

To tie this back to investing, what this shows is when the stock picker is right, the portfolio looks good and outperforms the index. But more often than not, this is short lived and unsustainable.

Some may argue the Miami Heat have been to the NBA finals for four consecutive years, winning back to back titles in 2012 and 2013. So there is no doubt the star method works – but ultimately it has a shelf life.

The Spurs have now won five titles since 1999, have been in every playoffs since 1998 and are the benchmark of consistency and a legendary sporting dynasty. The San Antonio Spurs dynasty in flags with another one to go up soon.

This is meant to be a light hearted piece and sports opinion is one of the greatest topics of conjecture. In all reality, as an investor, your portfolio can consist of specific stocks and ETFs. More importantly, it’s about drawing from other disciplines to become a better investor.