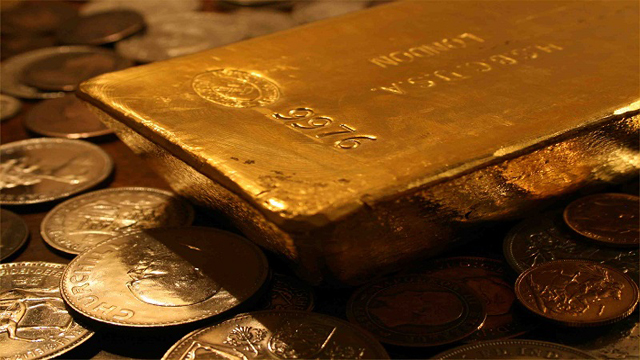 The recent rebound in the price of gold in light of heightened financial market volatility should serve as a reminder to investors of the “safe haven” properties that this precious metal can offer. What’s more, should more central banks resort to negative interest rate policy (NIRP) in the face of slowing global growth, gold’s safe haven status could take on added lustre.

Gold can play a safe-haven role

As seen in the chart below, the broad correlation between gold prices and global equities can vary over time.  Both equities and gold enjoyed a broadly positive correlation during the commodity price boom (which ended in 2011), and which also tended to be associated with a weaker US dollar. With the recent phase of global equity market strength favouring non-resource sectors and the US dollar, the correlation between gold and equities since 2011 has turned more negative.

That said, irrespective of broad trends, recent history also suggests that gold has tended to act as a safe haven during periods of abrupt equity market volatility. Indeed, gold prices enjoyed particular strength during the early stages of the global financial crisis (before everything was sold in a desperate flight to liquidity) and gold again rose during the last decent US stock market correction in 2011.  Gold prices have also bounced back solidly during the retreat in equity prices so far in 2016. Should the recent pull back in global equity prices (and the US dollar) prove short-lived, chances are that gold prices might weaken again. That said, gold’s price behaviour so far this year suggests it may be a major beneficiary of (and so act as a hedge against) persistent global equity market volatility this year. That’s especially so if equity volatility is also associated with a weak US dollar, potentially due to the Federal Reserve deciding to leave interest rates on hold for the remainder of the year.
Irrespective of which specific scenario plays out, however, the main point remains: gold can be a useful source of portfolio diversification.

Gold’s allure as a potential safe haven during the next (inevitable) setback in global economic growth and equity prices, moreover, could be enhanced by the greater likelihood of more central banks moving toward a negative interest rates policy (NIRP).
Indeed, Europe has had a form of negative interest rate policy for 18 months, and Japan moved to negative rates on January 29. Sweden, Switzerland and Denmark also have negative interest rates to stem unwanted currency strength.  And most recently, even the Federal Reserve’s Janet Yellen publicly declared that negative interest rates would be “on the table” should the US economy deteriorate. The further short-term interest rates move into negative territory, the less appealing will be cash as a safe-haven asset (as investors will now be paying banks for the privilege of holding their cash).

Central Banks Getting in on the Action

Another factor to consider is more central banks appear to be looking to gold as a source of reserve diversification away from the US dollar, particularly now that many major non-US currencies (such as the Euro and Yen) are being actively “trashed” by their own central banks. As seen in the chart below, central banks switched from being net-sellers to net-buyers of gold in 2010. According to World Gold Council estimates, central banks collectively purchased 167 tonnes of gold in the December quarter last year, which was 25% higher than year-ago levels. The BetaShares Gold Bullion ETF – Currency Hedged (ASX: QAU) provides investors with an easily accessible, “pure” exposure to the price of gold bullion.  As an exchange traded fund which is bought and sold on the ASX like any share, QAU is an easier way of obtaining gold exposure compared to buying gold bars or coins and storing them in a bank vault or under the mattress.  QAU is backed by physical gold bullion and provides the investor with a highly transparent investment, as the gold bullion bars held for the ETF are listed daily on the BetaShares website.

What’s more, QAU is currently the only gold ETF on the Australian market that is currency hedged, and so provides “purer” exposure to the gold price, which is denominated in U.S. dollars (i.e. investors do not  need to also effectively bundle a “currency bet” into their investment thinking).

Note another important advantage of currency hedging – at least for as long as Australian interest rates remain relatively high by global standards – is that hedging currently gives Australian investors a performance pick-up that is not available with unhedged gold investment products. That’s because the act of hedging exposure to $US gold prices effectively provides investors in QAU with a “carry trade”. Since its inception in May 2011, for example, QAU has provided an after-fee outperformance of 1.2% p.a. compared to the $US gold price due to this ‘carry’.