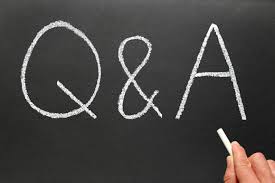 We had an outstanding response to the Q&A part of our recent webinar – Greece’s plight: What it means for Australian Investors.

We didn’t have time to cover off all the questions during our session, so we’ve asked David to share more of his insight and give us his responses to the outstanding questions below:

Peter C asks: Is it necessary to tighten interest rates to curb inflation?

If you are referring to house price inflation – this is really only an issue in Australia, and no I do not think the problem is seriously broad based enough to see the RBA hiking rates – especially given the weak economy and likely upward pressure on the $A this would generate.

David Bassanese answers: I had lots of comments regarding the China equity meltdown in the webinar, but regarding the economy I am still optimistic there will be no financial crisis. Chinese policy makers retain the will and capacity to keep the economy afloat, share and houses prices have traditionally moved in volatile cycles without much impact on the economy. That said, demand for Australian commodities is still moderating, which together with increased supply will keep iron ore prices under downside pressure.

Richard G asks: Is there something in the constitution that prohibits the Federal Government from investing in Bonds, and in particular Infrastructure Bonds?

David Bassanese answers: Not to my knowledge.  We’re not sure whether you are referring to the US or Australia. In relation to the US, the Fed has bought both private sector and Government bonds in recent years. The Fed is not technically supposed to fund budget deficits by money printing. This remains the case, noting that the recent quantitative easing or “QE” involved buying Treasuries from the private sector (i.e. banks), not directly from the Government.

David B asks: How do you consider the $AUD will vary against the GBP sterling?

David Bassanese answers: I think the $A still faces broad based weakness, including against the GBP.

Julie G asks: Does Russia have the capacity to bail out Greece? If so how would you envisage this would play out?

David Bassanese answers: Greece is really such a small country that Russia could probably help out.  But Russia’s finance’s – given weak oil prices – are not great either.  I doubt Greece would really seek out Russian help – as it would not be politically popular – but might do if things become desperate enough.  Russia might provide some financing if asked – at least once – if only to rile the US and Western Europe.