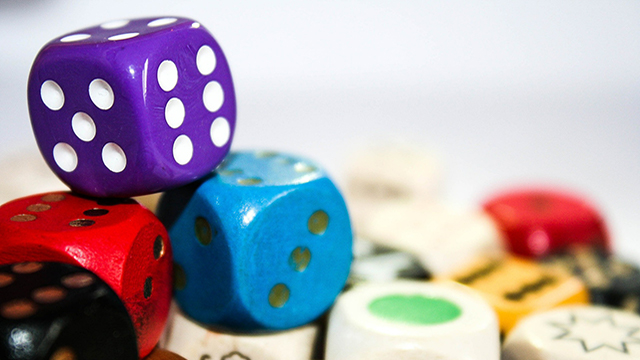 ‘If you would be a real seeker of truth, it is necessary that at least once in your life you doubt, as far as possible, all things.’

This post is the first in a series I will be writing on investor psychology and technical analysis. To begin, I would like to talk a little about the way our minds work and how we can apply this to investing by introducing the concept of “heuristics”.

Heuristics describe rules that come from experience – think of it as a shortcut to decision making for the brain. Try these as examples:

If you answered question 1: No; question 2: chose either answer; and question 3: 1 in 10 – well, you’re like most of the human population, who flounder with probability and randomness! Why? Because we are prone to making errors when our brains use unconscious shortcuts, or heuristics, to make decisions. (The correct answers are question 1: yes; question 2: they’re the same; and question 3: 50/50).

Now, these heuristic short-cuts that our brains use work well under most circumstances, but when errors occur, called ‘Cognitive Biases’, we can find patterns or meaning in things when absolutely none exists. Look at the photo below, perhaps you see people within the rock formation. Well, we can confirm what you already probably know – that the photos comes from a completely random environment, yet even when you know this rationally, your brain still can’t help but see patterns – we are basically wired to find patterns even where none exist. 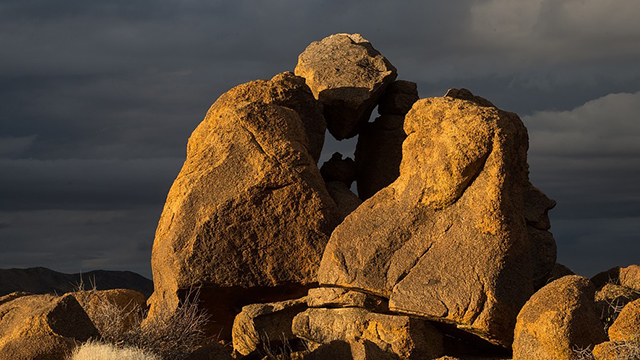 Cognitive scientists have also studied our natural tendency to only look for corroborative evidence. This vulnerability was named the corroboration error, or confirmation bias. Psychologist P.C. Wason was one of the early experimenters with respect to this phenomenon. He presented subjects with a three-number sequence 2, 4, 6, where the subjects then had to work out the ‘rule’ behind it. Subjects generally used a method of guessing other three-number sequences and then an answer of yes or no would follow from the experimenter, depending on whether the sequences were consistent with the rule.

The correct rule was “numbers in ascending order”, nothing more. However, very few subjects gleaned the correct answer because in order to do so, they would have had to give a number series in descending order (which the experimenter would answer ‘no’ to). Wason identified that subjects gave him examples aimed at confirming whichever rule they had in mind, rather than supplying a number series which was inconsistent with their hypothesis (more on this ‘silent evidence’ in our next post).

Moving on for just a moment, there are two main types of analysis for the financial markets – Fundamental Analysis and Technical Analysis. We want to take a look at Technical Analysis here today, which is really just a fancy name for Price Analysis or Chart Reading (some even call it Visual Analysis). This is where we visually inspect price charts and look to identify patterns in the chart which give us an indication (or ‘edge’) as to which direction prices might move in from this point. Simply put, learn how to do such analysis perfectly every time and the world’s riches will be yours. But from the outset we have a really, really big problem… our own brains. Try this identification exercise – out of the four charts below, tell me which charts are randomly generated by a computer and which are real movements in stock price charts: 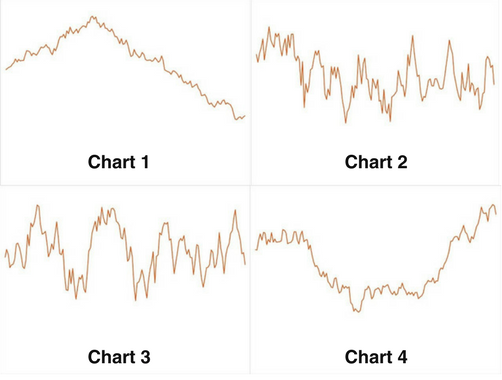 How did you do? Did you think #1 and #4 were the real stock price charts? Were #2 and #3 therefore the randomly generated price charts? Or do they all look like stock price charts to you? Why is this so important? The answer to this question strikes at the heart of this method of analysing the financial markets, and trying to make a dollar using Traditional Technical Analysis.

In answer to the question the charts are ALL in fact randomly generated by a random number generator on a computer. This throws up the issue that randomness doesn’t actually look random.

Obviously this first post has been written just to get you thinking about the psychology of investing, and to challenge your own minds. Stay tuned for Part 2 of this series in which we will learn that, despite all our human shortcomings, all is not lost with respect to Technical (Price) Analysis.