Global trade tensions continued to dominate market sentiment over the past week, with bond yields and equities prices dropping further.  Oil prices also fell while currencies remained steady and gold benefited from a flight to safety.  Iron-ore also continued to impress, despite the trade wars.

The focus of market attention last week was again US President Trump – in particular, his comment that he’s “not ready” to conclude a trade deal with China, and his decision to threaten new tariffs on Mexico due to the illegal immigration problem.  As regards China, markets are now focused on whether the two leaders can at least agree to meet at the G-20 Summit later this month, and are also worried about any new retaliatory measures China may have in store. As for the Mexicans, they seem keen to meet quickly and hopefully deal with Trump’s concerns.

The safety valve for all this tension is the bond market, where traders are now confidently expecting Fed rate cuts later this year if the trade war lingers on. Supporting this hope were comments from Fed vice-chair Clarida, who suggested the Fed could be open to lower rates if growth slowed and/or inflation remained stubbornly low. The Fed has got Trump’s back!

There will be an important test for markets this week, with the release of key US and Chinese manufacturing indices which could show further negative effects from the trade wars. Indeed, after slumping more than expected last month, the market anticipates that the May US ISM manufacturing index will partly recover – so there’s a clear risk of disappointment.   Risks of another sort arise in the US in Friday’s payrolls report.  While employment growth is expected to remain firm, the concern will be whether annual wage growth – which has been reassuringly stable at 3.2% in recent months – decides to suddenly leap higher due to the still low (sub-4%) unemployment rate.  If wages spike, it will suggest the US is already reaching capacity constraints and the Fed won’t be as willing to cut rates later this year as the market currently hopes.

Closer to home, Wednesday’s March quarter GDP result and Tuesday’s RBA decision will be the major focus. Given already known weakness in retail sales, housing construction and business investment, chances are we’ll get another subdued GDP outcome, perhaps held up by inventories and exports  (my call is 0.3% quarterly growth and only 1.6% growth over the year).  That will make for sober reading, and clearly justify the RBA’s now widely expected decision to cut rates one day earlier.  For the record, I now anticipate the RBA will cut rates thrice this year – next week, and then in August and November – taking the official cash rate to 0.75%! 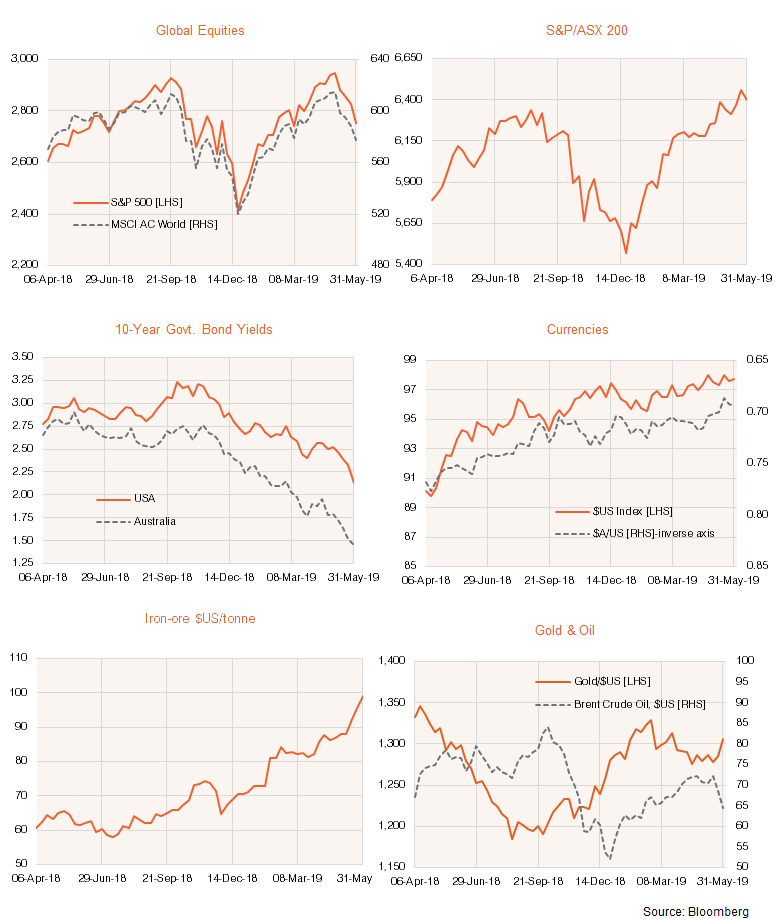