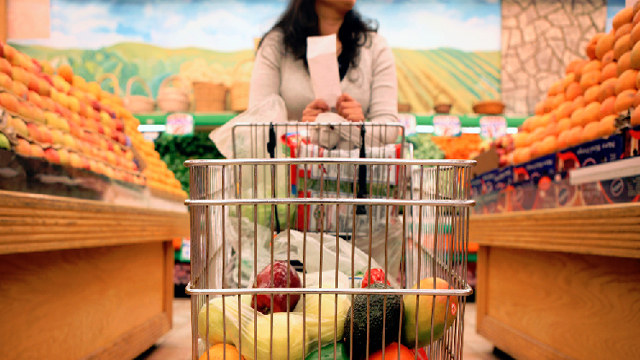 The recently released minutes to the Reserve Bank of Australia’s May policy meeting – at which it cut official interest rates – highlighted the fact that it was near-term downside risks to inflation, not economic growth, that encouraged the Bank to act.  Given the challenge of pushing underlying inflation back up, it seems likely that the RBA will cut interest rates at least once more this year. Ultimately, however, this is a very pro-growth development which could usher in a return to above-trend economic growth and better stock market performance.

The Low March Quarter CPI was not a “Rogue” Number

Of course, with downside shocks such as this, the first impulse is to suspect that the inflation outcome was a “rogue” number distorted by one-off factors. Some suggested the RBA would await more CPI outcomes before being sure that inflation was trending lower.

Yet in the RBA’s May Statement on Monetary Policy (SMP) and again in the Minutes to the May policy meeting, the RBA laid out the case for why low inflation might persist.   While there were some temporary factors pushing down inflation last quarter – namely the decline in petrol prices and Government induced weakness (on a seasonally adjusted basis) in education and pharmaceutical prices –  the RBA noted in the SMP that “there has [also] been broad-based weakness in domestic cost pressures, reflecting low wage growth, heightened retail competition, softer conditions in rental and housing construction markets and declines in the cost of business inputs such as fuel and utilities”.

As seen in the chart below, there has been a marked slowdown in inflation in sectors less exposed to international competition. For example, residential rent inflation has dropped, likely reflecting an increase in investor supply. In addition, once rampant electricity price inflation also appears to have been tamed, thanks in part to greater regulatory scrutiny of cost-based price rises by utilities. More broadly, very low wage growth has contributed to a slowdown in inflation for domestic services.  Indeed, the RBA noted that wage growth has been unusually weak even given the degree of spare capacity in the labour market, which appears to reflect the shift from high-paying mining sector jobs, lower inflation expectations, and greater labour market flexibility.

In terms of internationally exposed sectors, the weakness in the Australian dollar has not led to as much of a lift in imported consumer goods price inflation as might have been expected on historical grounds due to low wage growth and “heightened retail competition”. Source: RBA
Minutes from the May Policy meeting add another level of inflation concern. In particular, the RBA Board noted that while business liaison reports suggested firms had generally been unwilling to make offers of wage growth below 2 per cent, “if inflation was be to persistently lower than forecast, it was possible that, in time, this could be reflected in lower wage growth.”

In other words, the RBA appears concerned that persistent low inflation could eventually reduce corporate inflation expectations, which in turn could lower already weak wage growth further.  That it turn would risk inflation remaining below the RBA’s 2 to 3 per cent target band for longer.

RBA Actions are Pro-Growth and Pro-Wages

The bottom line of this analysis is that the RBA appears concerned that wage growth is already running at levels that are inconsistent with its 2 to 3 per cent inflation target over the medium-term, and there was a risk that wage growth could in fact ease even further if lower inflation persists.   Accordingly, the RBA appears keen to move the unemployment rate downward – and wage growth upward – which in turn implies a period of above-trend economic growth.  As for concerns with property prices, the RBA is hoping that, in association with the Australian Prudential Regulation Authority, its new “macro-prudential” controls will help contain the risk of excessive lending.

If the RBA’s goals are realised, this is a bullish development for the economy and share market.  The RBA is effectively signalling it regards merely trend economic growth and a stable unemployment rate as insufficient justification for leaving interest rates on hold – it wants to see falling unemployment and above-trend economic growth.  Given the challenges still facing the economy – namely weak commodity prices, falling business investment, and stubbornly low wage growth – it’s likely the RBA will need to cut interest rates at least once, and possibly several times more, to get the economy onto a faster growth track.