Global equities ended last week on the front foot after initially being disappointed earlier in the week by the failure of the Fed’s latest meeting to even hint at a rate cut later this year.  But given the ongoing strength in the US economy, the markets were hoping for too much in this regard  – despite President Trump’s shrill cries for lower rates.

Indeed, the great news at present is that the US economy is enjoying the combination of both good growth and low inflation – as evident on Friday with bumper jobs growth yet still only muted growth in average hourly earnings.  At 3.6%, the US unemployment rate is now the lowest since 1969!  Annual growth in average hourly earnings, meanwhile, is only 3.2% – still comfortably below the 4%+ levels that historically have preceded restrictive Fed policy and inevitable recession.  The earnings reporting season also rolls on with no new major negative shocks.

Also pleasing last week was a slightly better than expected Q1 EU GDP report, suggesting even Europe is starting to lift following its slowdown through last year. Against this backdrop, some Chinese manufacturing data was a touch weaker than expected, though set against recent good reports and distortions caused by timing of the Lunar New Year holiday this is not great cause for concern at this stage.

In Australia, house prices slipped further in April though there are emerging signs that the rate of decline in Sydney and Melbourne prices is slowing down.  Lumpy high-rise building approvals slumped back again in March after a one-off surge in February – confirming the trend for new construction is firmly down.

All that said, hot off the press this morning is President Trump’s latest tweet threatening steep 25% tariffs on virtually all of the $US500b worth of imports from China each year. With trade talks continuing in Washington this week, and Wall Street at record highs, Trump perhaps feels he has some 11th hour scope to toughen his bargaining position.  This begs the question: will China blink and agree to more trade demands or walk away and call Trump’s bluff?

At the least, markets may well weaken over the early part of this week as the latest twist in the trade talks is digested.

Apart from the trade talks, a key local focus this week will be whether or not the RBA cuts rates at Tuesday’s meeting. For the record, I suspect the RBA will bow to the inevitable and cut rates tomorrow. From a presentational perspective, the fact it can base a rate cut on the “good news” of low inflation, rather than the “bad news” of rising unemployment is one consideration.  The other consideration is that its Quarterly Statement on Monetary Policy is due on Friday, and the RBA tends to prefer to act first and explain later – rather than the other way around.

As for politics, delaying a rate cut by one month (as some suggest) would also expose the RBA to even greater rather than lesser charges of political influence – especially given the RBA has moved rates in past election campaigns and jealously guards its reputation to be “above politics”.

Of course, I still question the need to cut rates this early (instead, the RBA should wait for clearer signs of a weaker economy – which is likely, but not inevitable).  That said, what matters for investing is not what I think the RBA should do, but rather what I think it will do.  After cutting rates this week, the RBA will likely retain a clearer easing bias – which it could act on as early as August or possibly November. 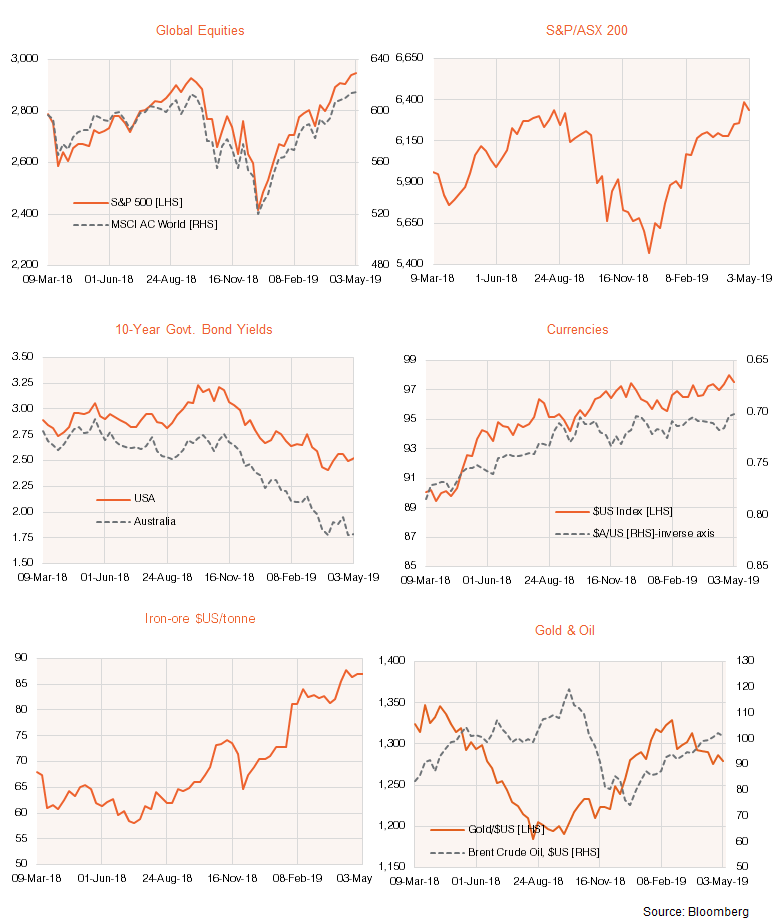