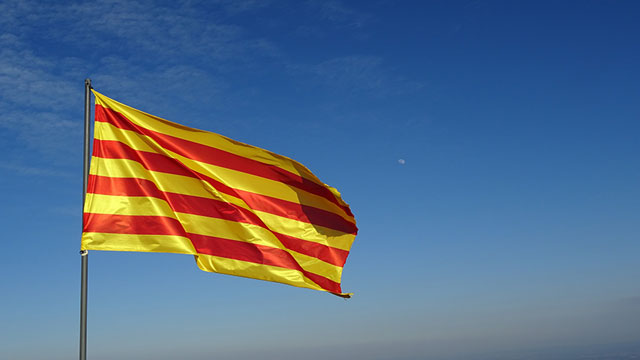 The political risks in one of Europe’s major economies have lifted in recent weeks, with fears that the Spanish region of Catalonia might elect to become independent. In turn, this could lead to a re-run of wider European break-up fears, with consequent risk for the Euro currency and European equity markets.  Due to the likely huge economic costs the region would face, however, this note suggests it is very unlikely Catalonia would ever formally vote to secede from Spain.

Catalonia is an important Spanish Region

Let there be no mistake: Catalonia is an important part of the Spanish economy, and it’s formal independence would be a negative shock for Spain.  Although the region represents only around 6% of Spain geographically, it accounts for 20% of Spanish GDP and around 30% of Spanish exports and net-foreign investment.  The region includes the bustling modern city of Barcelona and the tourist mecca beaches of the Costa Brava.  Many in the region probably feel they’d be better off on their own, as part of the European Union, but without the “drag” from being a part of the rest of Spain.

But separation on Catalonia’s terms would not be easy

That said, as the UK is discovering, initially leaving the EU only to then try and negotiate close economic relations may not be as seamless a process as many might hope.  Even if Catalonia were to declare independence, the EU would not need to formally recognise it as a separate State if the Spanish government declared the act illegal.

What’s more, even if Catalonia did manage to achieve legal independence, the EU has previously declared (under the “Prodi doctrine” – named after former EU President Romano Prodi) that any such new entity within Europe would need to formally apply for EU membership in its own right.  Note even if Catalonia managed to negotiate EU entry – which could take years – it would then need the unanimous consent from all EU member states, including Spain itself.  It’s doubtful Spain would agree to this very easily!

Of course, Catalonia (as does Australia) could trade with Europe without formal EU membership, and it could pass a law to retain all current EU-consistent legislation within the region. And as with Kosovo and Montenegro, there’s nothing to stop Catalonia simply adopting the Euro as its form of currency.

In short, an independent Catalonia would likely continue to trade with Europe as it does now, and also retain the Euro currency should it wish. But the lack of formal EU membership at the outset would be a clear risk factor and would lead to some uncertainty. It’s quite possible, moreover, that many large European companies either headquartered and/or with a large base of operations in the region might need to relocate to continue enjoying the benefits of the EU free trade area.

Given the uncertainty, a proper “legal” vote for independence might fail

It seems unlikely that Spain would simply allow Catalonia to secede based on the recent non-sanctioned vote alone. After all, while a resounding 92% of those that voted agreed Catalonia should become “an independent state in the form of a republic”, only 43% of those eligible to vote turned out. While this partly reflected voting obstacles put in place by the Spanish government, it also likely reflects the fact many agreed the vote was illegal and do not support independence.

As with the UK’s Brexit and Scottish independence decisions, there would seem to be a need for an officially sanctioned vote – in which all voters were encouraged to participate – before it might be deemed legitimate enough for the regional government to declare a new state.  Of course, it is by no means clear that the central Spanish government would now agree to such a vote in any case.  And even it it did, to the extent voters are worried about the possible negative fallout for the region, there’s seems a good chance (as in Scotland) the “No” vote would win.

How the Catalonia question plays out remains to be seen.  Chances are negotiation toward greater independence for the regional government (without complete secession) might be the end-point. Another option is that the regional tensions remain a festering sore – problematic for Spain at the margin, but certainly not for Europe overall. Yet another option is a formal vote and either independence or not. If the former, there might even then be a chance Spain drops any obstacle to quick EU membership, if only in the interests of the rest of the Spanish economy – i.e. its bluff gets called.

But either way, it seems unlikely this will have major implications through the rest of Europe – either in the short or long-term.  Meanwhile, the European economy – including Spain – is currently enjoying an economic upswing, with rising corporate profits and falling unemployment.