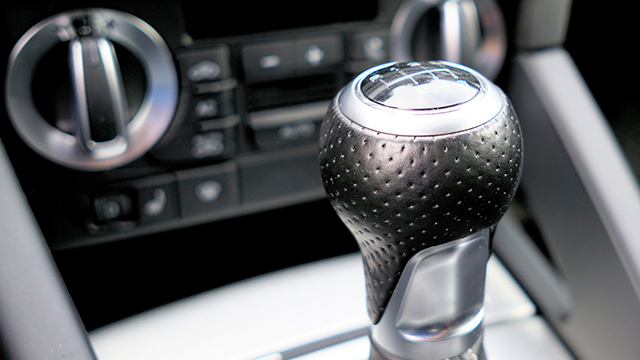 Despite sluggish overall growth reported in the National Accounts, a range of more partial indicators suggest the Australian economy is enjoying reasonable – though not robust – growth from a diversified range of sources.  Continued moderate growth and low inflation appear the most likely outcome over the coming year, which would be consistent with steady local interest rates and a focus on income over growth opportunities in the Australian equity market.

The divergence between “soft” and “hard” data

One of the analytically challenging features of the Australian economy at present is the gap between so-called “soft” data (i.e. sentiment indicators) and “hard” data such as actual economic growth as reported in the National Accounts.  According to the National Accounts, for example, the economy grew by a mere 0.3% in the March quarter, with growth over the past year a lacklustre 1.7%. Growth has averaged just under 2.5% p.a over the past several years.  Meanwhile, however, the monthly index of business conditions as reported in the National Australia Bank business survey has generally trended higher in recent years and has held at above average conditions for most of this year.

As seen in the chart below, the current gap between business sentiment and GDP growth has been the widest and most sustained in recent decades. 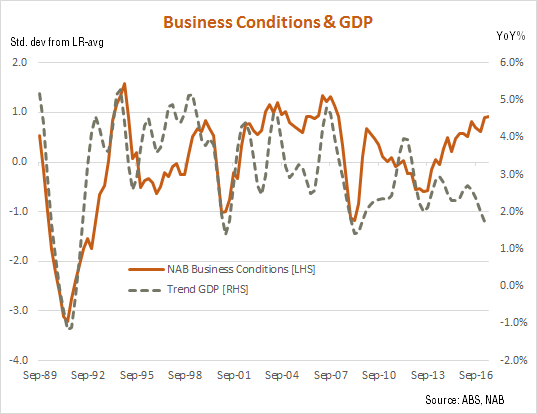 Apart from GDP growth and business sentiment, however, there are also a range of other partial indicators that help shed light on the health of the economy. Overall, these also tend to paint a relatively positive picture.

Most obviously, labour market indicators remain generally firm, with a decent uplift in employment growth and continued increases in job vacancies and business hiring intentions.  So far this year, 167,000 net new jobs have been created (many full-time), compared to only 34,000 over the first six month of 2016.  From a recent high of 5.9% in February this year, the unemployment rate had eased back to 5.6% by June. 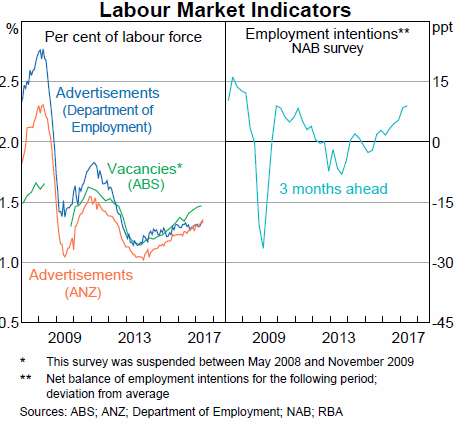 Looking at the industry detail, it’s apparent the sources of employment growth are reasonably broad based.  There are ongoing “secular” increases in employment in the health and social assistance (such as aged care) sectors, which should be further supported by population ageing and major new programs such as the National Disability Insurance Scheme.  Employment growth in the education sector also remains robust, helped in part by growing demand from foreign students.  Of a more cyclical nature is the strength in construction employment, due to the current high levels of home building activity and public infrastructure projects. 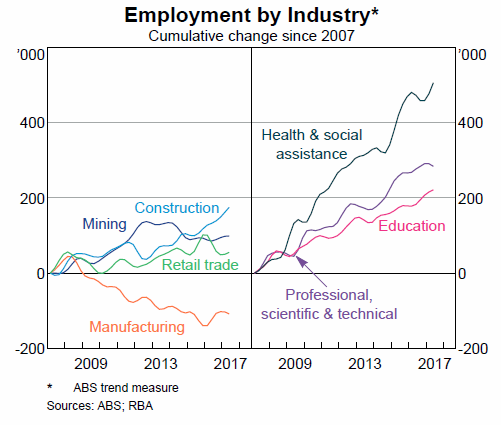 In its latest Statement on Monetary Policy, the Reserve Bank predicted the overall level of employment in residential construction should at least be “maintained for the next year or so” by a large backlog of already approved high-rise apartment block projects yet to be completed.   Given the slate of road, rail and energy projects being undertaken by several State Governments, the RBA also noted the amount of work yet to be done on public infrastructure projects was “at its highest level for some time.”

Exports are another positive source of economic growth. Following the completion of several major processing facilities, LNG exports are set to boom over the next few years.  Coal and iron ore export volumes are also expected to rise further, given ongoing Chinese demand and expansions in local capacity.  Services exports are also contributing to growth, due to rising numbers of foreign students and tourists.  Even rural exports have lifted strongly over the past year thanks to a bumper winter harvest. 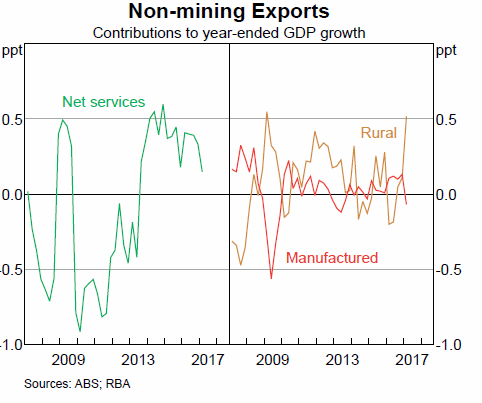 Note, moreover, the uplift in employment growth so far this year appears to have recently translated into higher household income growth and consumer spending, notwithstanding the ongoing softness in wages growth.  After virtually no growth in the March quarter, retail sales volumes bounced back by a solid 1.4% in the June quarter.  Helped by low interest rates and solid house prices gain – at least in Sydney and Melbourne – households have remained willing to run down their saving rate somewhat in recent quarters to support consumer spending.

By global standards, moreover, economic growth is also being underpinned by still robust levels of immigration.  Working-age population growth is expected to persist at around 1.6% p.a over the next few years.

All up, what should be apparent is that while the economy is still not growing at a very robust pace – constrained by still weak business investment and patchy consumer spending – growth has nonetheless been sufficient to help bring down the unemployment rate modestly in recent months. What’s more, Australia is not a one trick pony – the growth that we are enjoying is coming from a diversified range of sources, including home building, public infrastructure, social services, exports and immigration.

But stronger growth and higher inflation could remain elusive

Despite the reasonably encouraging outlook for the economy, however, an acceleration in growth and inflation to the degree required for the RBA to start raising interest rates could remain elusive.  The biggest growth challenge remains the fact that the contribution to growth from home building has likely peaked, and will begin to detract from growth later next year.  Partly countering this will be a slowing in the rate of decline in mining investment and a further lift in exports of LNG in particular.  Non-mining investment and consumer spending, however, seems likely to remain relatively constrained.

As regards inflation, international evidence suggests wage growth may well remain dormant even if the unemployment rate were able to drop a lot further. Together with the recent uplift in the $A, this also suggests underlying inflation may struggle to push back above 2% in 2018 as the RBA currently expects.

If right, this scenario suggests a reasonably steady outlook for growth over the coming year, which would be consistent with still only muted profit growth and steady local interest rates. At least as regards the Australian market, therefore, investors are likely to remain focused on income over growth opportunities – especially those sectors less sensitive to higher global bond yields – such as financials.

Want to hear more… Register for my quarterly webinar!

For a more detailed review of the global and Australian economies, together with my latest investment insights, you are kindly invited to register here for my next quarterly webinar on Thursday August 24 at 12.30pm Sydney time.