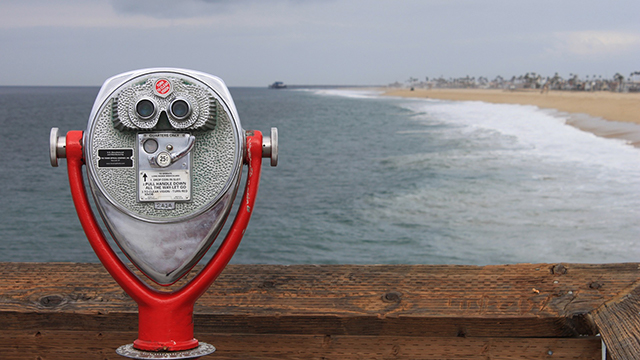 In fact, in this hypothetical example, you would have made money on your investment, on a total return basis (but only broken even on a price basis).

So, going back to the example above, in order to calculate total return on the S&P/ASX 200 investment you need to take into account all the dividends you have received over the period you have invested (and, if you are looking for what is known as a “gross total return”, your franking credits too)

So on a price return basis, your investment would appear “flat”, but on a total return basis (not including franking) your return is actually up 4.3% p.a.

Source: Bloomberg. You cannot invest directly in an index.

The key message here is, when calculating the returns of a Fund or investment, an investor should take into account any distributions received. This can be confusing, particularly when online portals and services display only the “price return”, so a little bit of work is required to show the “true picture”.

Distributions are likely to be paid into your bank account if you have not elected to be part of the distribution reinvestment plan.  With these automatic payments, it’s not surprising that some people forget about these deposits when it comes to attributing the return of their initial investment.

For most investors, it’s much easier to remember how much their initial investment was (for example $50K) and then compare this to the value today based on the share or unit price, for example, $46K.  This $4K decline will have many investors asking ‘So where did that $4K go’?  ‘Did I “lose” that money in the investment’?

Well, it is possible that the investment has declined in value.  But it’s also worth noting that the price can drop without a decline in actual investment performance as well. Remember that dividend you received?  The price of a stock or ETF usually drops by approximately the amount of the dividend or distribution paid out.  So, you technically haven’t lost money, rather, that money is sitting in your bank account (assuming you haven’t spent it yet).  However, if the price of the stock rises from that lower post-distribution value, you’re actually in a positive position.  So whilst your brokerage statement displays the price change of your holdings in your account, you should be considering your “total return” which includes both the price change and all interest and dividends received.

A relevant example that raises queries from some investors is our popular HVST fund. The Fund’s current yield is ~11% p.a. and with such a high yield the investment may always seem to be heading lower unless you look further into performance.

Remember, the price of the fund will drop by approximately the amount of distribution paid.  Which means if the underlying exposure does not move higher or lower, the price of the fund will have declined by approximately ~11% over the course of the year.  Well, this does not necessarily mean you have been “losing money”.  In fact, investors in HVST (who receive all their income rather than using the Distribution Reinvestment Plan or “DRP”), may actually reasonably expect a decline in unit price over the long term and may still be satisfied with the outcome.  The long-term performance of the Australian market has been ~8% p.a.  The price of HVST should be expected to decline ~11% based on paying out the distributions.  So for the unit price of HVST just to stay on par, the underlying exposure would have to return ~11% year on year, which may not be possible every year. Of course, as I have argued above, this does not mean that the total return for this Fund will necessarily be negative, and in fact, it has been positive to date since inception.

I know that when looking at my own investments the price return by itself can sometimes look unimpressive. However, as long as I’m looking at the total return, I’ll have the most accurate picture of how my investment is doing (remember also that the benefit of any franking credits received will be on top of the total return).