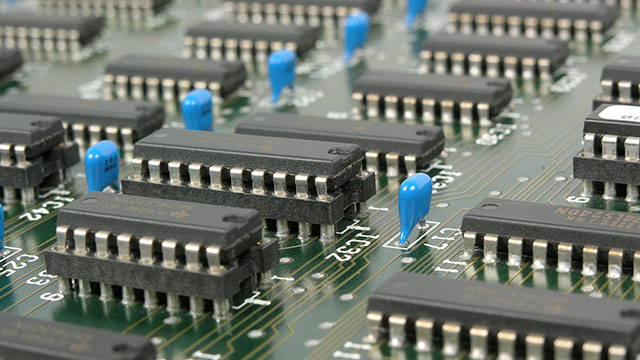 There’s been a lot of press in the last few days about the implementation and subsequent removal of ‘circuit breakers’ in the Chinese market.  As we’ll show below, the evolving intervention of regulatory authorities in China is not unlike the US experience.  If anything, the Chinese regulatory response to the market reaction to circuit breakers can be positively viewed as an admission that their first attempt didn’t deliver the expected outcomes, and we may see them come back with revised rules.

China opened 2016 with the China Securities Regulatory Commission (CSRC) introducing ‘Circuit Breaker’ legislation for the mainland Chinese sharemarket.  This legislation is similar to that currently in force in the U.S. and is designed to reduce volatility.

The Chinese circuit breaker rules were:

The new rules, effective 4 January 2016, were triggered twice in the first four trading days of 2016!

The CSRC quickly decided circuit breakers did not work as expected and suspended them effective 8 January.  It seems that investors were rushing to liquidate positions prior to the trading halt limits being reached, which had the effect of increasing volatility, rather than allowing the market participants to have a breather and… take stock (pardon the pun).

The U.S. implemented circuit breaker rules after the 1987 stock market crash (the Dow Jones Industrial Average (DJIA) fell 22.6%, S&P 500 fell 20.5%).  At first the limits were based on a fixed number of index points of the Dow.  This methodology had two main issues:

The U.S. SEC evolved the rules over time and since January 2012 they have been:

Level 2: A 13% drop leads to 15 minute suspension of trading

Level 3: A 20% drop suspends trading for the remainder of the day

There’s some more detail on how this is calculated which is a bit obscure for a blog post, but the above illustrates the intent.  Note the S&P 500 has much broader coverage and is capitalisation weighted rather than price weighted compared to the Dow.

Recall China had a two stage circuit breaker – at 5% and 7%.   Over the last decade the recently suspended Chinese circuit breakers would have tripped the 5% limit 72 times and the 7% limit 24 times!

So China’s issue is not so much that they have circuit breakers, but that the initial limits were set too tight relative to market volatility.  A well intentioned attempt to reduce volatility, but arguably too intrusive and had the impact of increasing volatility as investors rushed to get out before trading was halted.

Now we note that China has ‘suspended’ the triggers, not abandoned them, which suggests that, like the U.S., they may come back with a fine-tuned version.  So we looked at returns of the Chinese market to investigate where these trigger levels might rest.  We found that a level one trigger of 8% would have tripped the circuit breaker 9 times over the last ten years, a 9% trigger only twice, and 10% not at all.

So the CSRC may well come back with wider trigger levels.  Something around 8%-9%, rather than the recently suspended 5% first trigger, would put them in line with the U.S. – occasional but not invasive market intervention, with a pragmatic or statistical choice for the second “market closed for the day” level, given few observations of daily moves greater than 8%.

[1] Shanghai Shenzhen CSI 300 Index is a free-float weighted index that consists of 300 A-class shares.  A-class shares are only available for purchase by mainland citizens.