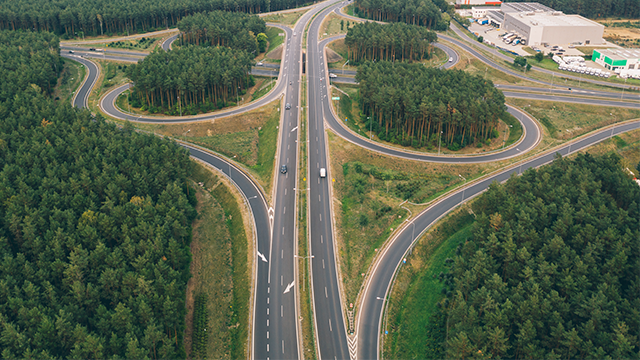 With the U.S. Presidential election now less than a week away, many investors are currently considering how the potential result could impact their portfolios. While, as our Chief Economist David Bassanese noted in his U.S. Presidential election preview, markets ultimately learn to live with whomever the U.S. president is, the note below looks at the three most plausible outcomes and some implementation ideas based on their investment implications.

Scenario 1: The ‘blue wave’ – a Democratic sweep of the White House and Congress

In this scenario, it goes without saying, the Democrats would have a strong platform for the legislative action necessary to implement their agenda for government.

Based on policy statements to date, it’s expected this would include large-scale fiscal spending – with a major focus on clean energy and infrastructure, health care reform, and the possibility of a return to higher corporate taxes and increased corporate regulation (though it has been suggested that, with a focus on stimulating the economy and getting Americans back to work post-COVID, any corporate tax reform could be delayed.)

Clean Energy/ESG: Biden’s policy agenda would be expected to be a boon for companies directly involved in alternative energy (such as solar), and could also accelerate the structural shift towards sustainability and have flow-on effects for Wall Street, with an increased focus on ESG factors.

There could also be tighter regulation on oil and gas exploration and production, particularly for U.S. shale.

Technology: There are well-documented concerns from the Democrats around the monopoly power of the tech giants such as Apple, Facebook, Amazon, and Alphabet. A Biden administration could potentially subject the large digital platforms to greater regulation and take a harder line on anti-trust enforcement.

An investment alternative to U.S. tech is their Asian counterparts – which wouldn’t face the same regulatory headwinds and, if anything, have remained somewhat subdued into the election on the overhanging risk of another four years under a Trump administration. While Biden hasn’t specifically signalled a lighter approach to China, it’s certainly anticipated that he would take a more diplomatic and predictable approach to foreign policy.

Fiscal spending would almost certainly end up being more constrained under a divided government – with a Biden administration having limited scope for significant legislative action. Any change in climate policy would also likely need to be via regulation rather than legislation, while major healthcare reform and tax changes would be difficult to achieve. On the other hand, policies with bipartisan support such as infrastructure spending would likely be easily implemented.

Healthcare: The healthcare sector in the U.S. has been trading close to its largest discount to the broader S&P 500 in nearly 30 years as markets have been pricing in an increasing likelihood of a Democratic sweep. However, under a divided congress any proposed drug price controls are inevitably going to be more difficult to negotiate and are more likely to remain on hold while the government relies on drug manufacturers for a COVID vaccine.

The BetaShares Global Healthcare ETF – Currency Hedged (ASX: DRUG) offers a simple and cost-effective way to gain exposure to a diversified portfolio of the world’s leading healthcare companies (including those in the U.S.), hedged into Australian dollars.

Broad U.S. equities: Overall, a divided congress would lead to less policy uncertainty, and combined with a more stable foreign policy and an easing of trade tensions, would potentially be supportive of broad equity valuations. In fact, dating back to 1950, equities markets have averaged better returns during periods when the White House and Congress were split.

Scenario 3: Status quo – a Trump administration with control of the Senate

There is generally expected to be little change to the Trump administration’s policies and approach into a second term. Trump has always seen the strength of the stockmarket as a barometer for the success of his administration. So he appears unlikely to do much to undermine the strength of America’s dominant technology sector. The corporate tax cuts of his first term would also be preserved, while any climate-related policies currently being priced into the market will be off the table, and more than likely, Trump will continue to provide support for America’s energy industry.

The BetaShares Nasdaq 100 ETF (ASX: NDQ) provides exposure to the top 100 companies listed on the Nasdaq market, which includes companies that continue to revolutionise our lives including Amazon, Facebook, Google, Netflix, Tesla and Zoom. Investors looking for exposure to a diversified portfolio of the world’s largest energy companies (including those in the U.S.), hedged into Australian dollars, may wish to consider the BetaShares Global Energy Companies ETF – Currency Hedged (FUEL).

Looking at the investment implications of various election scenarios at a sector level can allow investors to position parts of their portfolios towards or away from industries that face apparent policy headwinds or tailwinds based on their view of the likely election outcome. Regardless, it is important to remain cognisant that the overall direction of the market over the medium-term is likely to remain dependent on the path of the economic recovery, the progress of any vaccine and the Fed’s monetary policy. Structural trends like digitisation and automation could also continue to dictate market leadership, irrespective of who is in the White House.