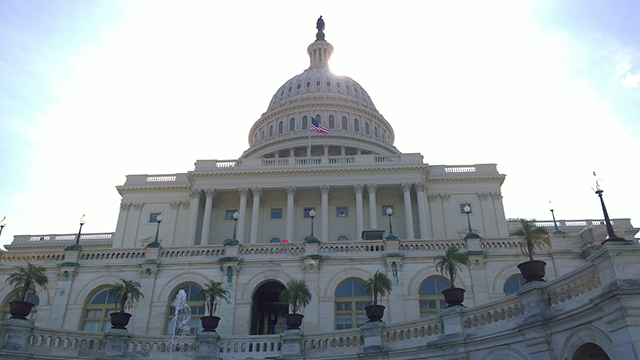 Prior to November’s Presidential election, we discussed three possible outcomes and some of the potential investment implications of each scenario.

Having won both seats in Georgia’s Senate run-off elections, the Democrats have now gained control of both the White House and Congress (via the vice-presidency tiebreaker) – giving them a stronger platform for the legislative action necessary to implement their agenda for government.

How does an evenly split Senate work?

With the Democrats and Republicans each holding 50 votes in the Senate, Democratic Vice-President Kamala Harris will hold the deciding vote in cases of a tie. While most legislation will still require 60 votes to pass in the Senate, for legislation related to budget or spending, under the ‘budget reconciliation process’ only a simple 51-50 majority is needed to pass a bill. However, its use is limited to once every financial year.

The investment implications of a ‘Blue Wave’

With a ‘Blue Wave’ scenario now largely a reality, it is anticipated that additional fiscal stimulus will be the priority in the near term – with expectations of anywhere from $600 billion to $1 trillion in pandemic relief on top of the recently enacted $900 billion package. Tax increases to finance additional spending are also likely to follow later on.

Beyond fiscal policy, other legislation would require some bipartisan support and is likely to be focused on areas where this is possible, such as infrastructure, clean energy and tech regulation.

Reflation: Sectors leveraged to any economic recovery on the back of increased fiscal stimulus have seen fresh support following the Georgia run-off results – particularly smaller cap equities and banks.

When interest rates and short-term economic expectations are low, investors gravitate towards companies with longer-term profit growth stories, as we’ve seen with the dominance of the big technology companies through 2020. As expectations of a sustained economic recovery, potential inflation and normalisation of interest rates emerge, more economically-sensitive companies with near-term cash flows can become increasingly attractive to investors.

This could potentially see a renewed and sustained rotation away from the mega-cap tech companies towards the broader market, with market concentration in the U.S. to the top 5 companies now at over 20% of the S&P 500 – a level higher than the dot-com bubble and not seen in close to 50 years1.

Investors looking for a more balanced weighting across the broader market and reduced exposure to the big-5 tech companies in their core U.S. equities exposure could consider the BetaShares S&P 500 Equal Weight ETF (ASX: QUS). QUS holds all the component companies of the S&P 500 in equal amounts (~0.2%) at each quarterly rebalance and therefore is more diversified across all the companies in the index and at present, towards what may be seen as more economically-sensitive sectors in the market, than the market cap-weighted S&P 500 Index.

Investors looking for more targeted global sector exposure could consider sectors that historically have tended to be more sensitive to signs of economic recovery, such as banks (via the BetaShares Global Banks ETF – Currency Hedged (ASX: BNKS) or agricultural companies (via the BetaShares Global Agriculture Companies ETF – Currency Hedged  (ASX: FOOD), which typically have benefited more than most equity sectors from inflationary upswings.

Clean Energy/ESG: Biden’s policy agenda is expected to be a boon for companies directly involved in alternative energy (such as solar), and could also accelerate the structural shift towards sustainability and have flow-on effects for Wall Street, with an increased focus on ESG factors.

There could also be tighter regulation of oil and gas exploration and production, particularly for U.S. shale.

Technology: There are well-documented concerns from both the Democrats and Republicans around the monopoly power of the tech giants such as Apple, Facebook, Amazon, and Alphabet. With some bipartisan support the Biden administration could potentially subject the large digital platforms to greater regulation and take a harder line on anti-trust enforcement.

A technology-focused investment alternative to U.S. tech could be their Asian counterparts. The BetaShares Asia Technology Tigers ETF (ASX: ASIA) provides exposure to the 50 largest Asian technology and online retail companies (ex-Japan) by market capitalisation in a single ASX trade.