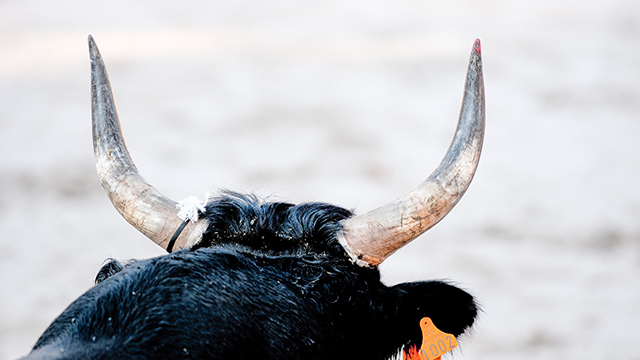 Amid the geopolitical concerns simmering across the globe, the upcoming United States earnings reporting season has received less than usual attention. That’s a shame because early indications suggest corporate earnings are travelling reasonably well.  In fact, despite high valuations, US stocks could keep rising if earnings continue to grow – as seen, for example, between 2004-2006.

The chart set below details the key drivers of the US S&P 500 index since the late 1980s. One point to note is that the price-to-forward earnings (PE) ratio is now approaching levels not consistently seen since the dot-com bubble years of the late 1990s.  At face value, that’s a negative for the market, as valuations are likely to fall from here based on past experience – especially if bond yields continue to rise. That said, it’s also possible that the market could continue trending higher for some time even if valuations decline, provided that earnings continue to grow solidly.

In this regard, perhaps the best historical comparison is 2004 to 2006 – as depicted in the shaded area in the chart set.  Note that the US PE ratio rose from 14.5 at the market bottom in September 2002, to a peak of 18.2 by January 2004. But although the PE ratio fell thereafter, equity prices continued to rise, due to strong offsetting growth in corporate earnings.   This was also a period in which bond yields tended to rise, albeit not very strongly. 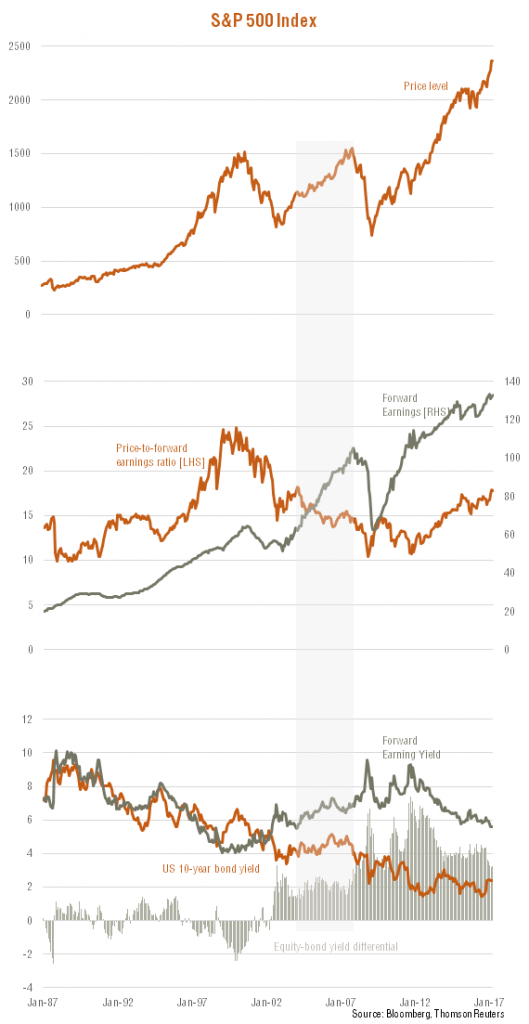 Of course, one extra challenge in 2017 is the fact that the US profit margin (as a % of GDP) is already higher than in 2004 and appears to be under downward pressure. By contrast, the profit margin was able to keep expanding between 2004 and 2006.

US Reporting Season: so far so good

So what’s the outlook for US corporate earnings? According to market analytics company FactSet, current market expectations suggest that the quarterly level of operating earnings for companies in the S&P 500 Index will be up around 9% from the same quarter last year. This will mark the 3rd consecutive quarter of annual growth in earnings, after five quarters over which annual earnings growth was negative.  Annual growth in earnings has been strongest in the financials, materials and technology sectors. 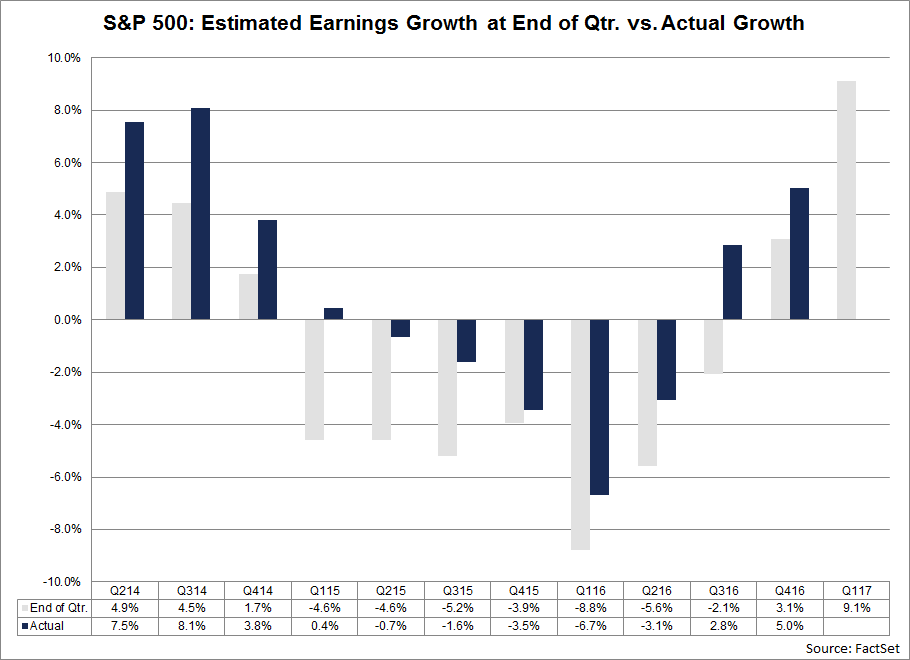 Also notable is the fact that the level of preseason “earning guidance” has been particularly low in recent months, even after allowing for a trend decline in such guidance in recent years.  That might suggest companies see less need to warn of earnings disappointment.

My own way of tracking earnings expectations, however, is to monitor the extent of forward earnings* growth downgrades – allowing for the fact that earnings growth expectations tend to be initially overstated.  As seen in chart below, on average the expected level of forward earnings at the end of a given calendar year has historically tended to be downgraded by around 6.5% in the preceding 12 months. In good years, earnings can be upgraded a little, while in recessionary times, far more substantial downgrades of 20 to 25% are possible. As evident, by mid-April at least, there has only been a modest 2.5% downgrade to the expected level of forward earnings at end-2017 – compared to what the expectation was at the end of 2016. 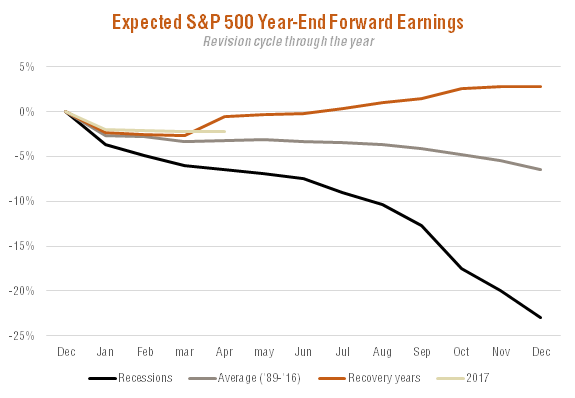 All up, while US equity market PE valuations are currently similar to those in early 2004, the earnings growth outlook appears somewhat more challenging.  This suggests there is less scope for market gains if, as in 2004, PE valuations start to contract.

For investors seeking to enhance returns in what could evolve into a sluggish US market environment, one option they might consider is the BetaShares S&P 500 Yield Maximiser Fund (managed fund) (UMAX).  As outlined in this note, the Fund seeks to provide enhanced income returns by selling (or “writing”) exchange-traded index options on up to 100% of the Fund’s exposure to the Index.  As, by selling a call, investors earn option premium income in exchange for giving up the right to some upside share price appreciation, such a strategy is most likely to perform well when share prices are at best rising only modestly or are trending sideways or down. The strategy will likely detract from performance in periods when share prices are rising strongly.