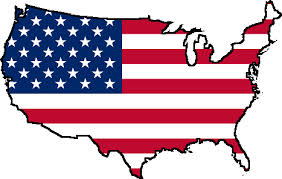 The financial news cycle has been churning between boom and bust stories since the onset of the GFC. Calls to be on the lookout for economic ‘green shoots’ coincided with Warren Buffet’s sagacious call to buy shares at the bottom of the cycle and not to “wait for the robins to sing – by then, spring is already over”. In this post, Tony Rumble explores what really is driving US stock prices.

Although the Australian sharemarket is at higher levels now than it’s been since the GFC, nervous investors are still caught between broker calls to join the weight of money moving back into stocks, and the stories of impending doom (just think about the recent US Government shutdown – part of the US debate about cutting costs vs raising taxes).

Despite market anxiety about the fragility of the US recovery, and the potential onset of the “tapering” of quantitative easing, there is a little understood reason to be more optimistic about the US recovery and its potential to drive stock prices up even further.

What does the data show about the US?

Data released recently by the non partisan US Congressional Budget Office (CBO) paints an apparently sad tale – forecasting that under current economic budget conditions the US is on track to reach the critical tipping point (where the debt to GDP ratio is 100%) only 12 years from now.

The fierce debate regarding high levels of public debt cuts two ways. Nobel laureate Paul Krugman is adamant that debt levels can be high (and should be when economic stimulus is called for). Opposing that view is the work led by Professors Rogoff and Reinhart who in their book “This time is different” argued that when public debt levels reach 100% of GDP, economic stability is threatened essentially because much of the revenue from GDP growth would be needed just to service the interest bill on this debt. The Rogoff and Reinhart theory also predicts that financial markets often experience volatility and tend towards instability before these debt levels are reached – if the trajectory is such that its highly likely that these debt levels will be reached at some future time.

In line with the Rogoff/Reinhart perspective, many market commentators worry that if the market comes to believe in the likelihood of US debt to GDP levels rising to 100%, the fear is that markets could act far sooner by dumping US assets. If this was to occur, all other assets would face the prospect of sell-off – a potential trigger point for a new market decline.

What about US growth prospects?

The problem with the CBO forecasts (and their utility as predictors of future market conditions) is they are based on current economic levels, including GDP growth, tax revenues and Government spending. But – what would the future look like if the US economy improves (and if that leads to declining levels of public debt, as and when the US government withdraws stimulus and retires debt)?

Influential Financial Times columnist Martin Wolf recently wrote that improving US GDP growth could be the circuit breaker needed to reduce US public debt – given the impasse between the Democrats (who want to increase taxes to balance the budget) and the Republican/Tea Party alliance (which favour cutting welfare spending).

The difficulty of reducing the debt to GDP ratio via spending cuts or tax increases can be seen in the CBO’s forecast of what would need to change to re-balance the Budget.

The CBO states that “bringing debt back down to 39 per cent of GDP in 2038 – where it was in 2008 – would require a combination of increases in revenues and cuts in non-interest spending totaling 2 per cent of GDP for the next 25 years.” But what about the possibility that US growth improves? Back to Martin Wolf, who pointed out that US GDP growth in mid-2013 was 14% below its average for the years between 1980 and 2007. It’s plausible to expect that at some future point in time, the US economy will return to the historical average levels of GDP growth. In fact, the more relevant question isn’t whether this is likely to happen, but rather how long before it does so.

And the outcome of this return to trend GDP growth? It’s really quite simple: when and if it does occur, it would restore the US Budget to an acceptable level of debt, and would bring it back into surplus (as it was in the later Clinton years).

The market can see the prospect of this recovery is real. That explains at least part of the undercurrent driving up stock prices. Understanding these dynamics paints a far more optimistic picture of US and global economic strength than the doomsayers acknowledge. For long term investors, in particular, this optimism might go into the mix when deciding whether to increase portfolio risk (eg by buying equity exposure).