BetaShares helped raise over $200,000 for the Foundation for National Parks & Wildlife by doubling donations on ‘Matched Giving Day’ 2021

The fundraiser raised $222,000, which will go towards urgent recovery efforts following the Black Summer bushfires.

Alex Vynokur, Chief Executive Officer of BetaShares, said: “We are pleased to be supporting the Foundation for National Parks & Wildlife in the work that they do to restore our country’s natural flora and fauna. Every dollar donated has been doubled to ensure that we can speed up the recovery process and ensure maximum impact. We are proud to be involved.”

BetaShares recently transitioned its investor base to receive digital communications about their holdings in order to support the reduction of the carbon footprint associated with paper-post sends.

To mark the transition, BetaShares committed its support to FNPW’s Matched Giving Day and the foundation’s efforts towards the protection and conservation of Australian wilderness and wildlife for future generations.

Following the devastation of the bushfire season and the recent floods, almost 2,0001 plant and animal species have been reported as in trouble or extinct, with nearly one in three of Australia’s unique mammals at risk of extinction.

By 2021, 104 endemic Australian species2 were listed as extinct, with the biggest causes being invasive species and loss of biodiversity and habitat, exacerbated by worsening droughts, floods and bushfires.

Ian Darbyshire, Chief Executive Officer for FNPW, said: “We are thrilled with the result of the Matched Giving Day, which will contribute to the urgent work still needing to be done around the country following the 2019/20 bushfires. It’s important we don’t forget the devastation we’ve experienced as a nation over the past few years and continue to support our threatened species and recover the large expanse of land and habitat lost.” 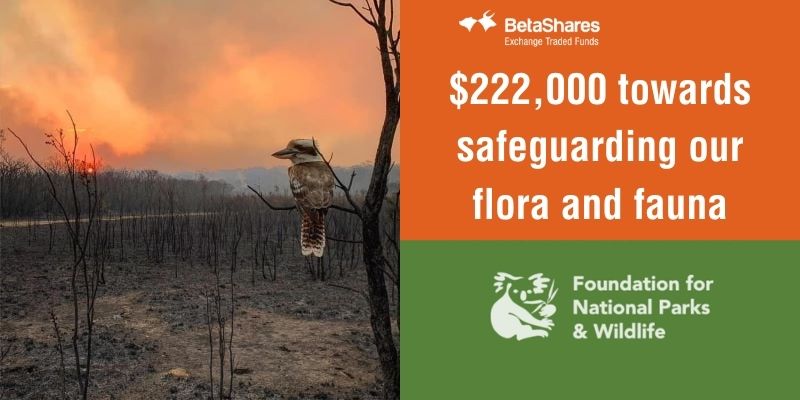