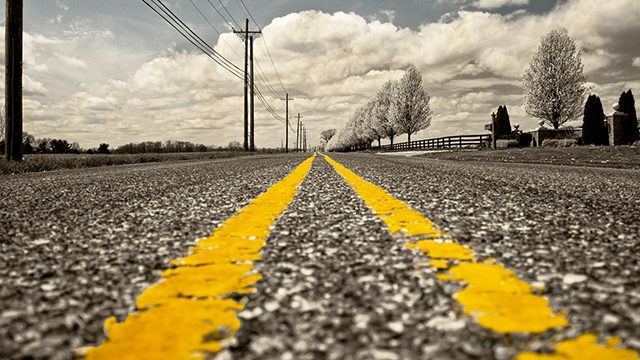 Reflecting the improving economic outlook, global equities continued to move higher in March, though so too did bond yields. Commodity prices, by contrast, corrected a little, which perhaps reflected a tightening in Chinese credit conditions. Despite the ‘risk-on’ sentiment, the $US continued its recovery so far this year, after weakening through the latter half of last year.

Relative to their 12-month moving average, the trend in equities, bond yields and commodity prices remains to the upside, while – at this stage at least – the trend in the $US is still down. 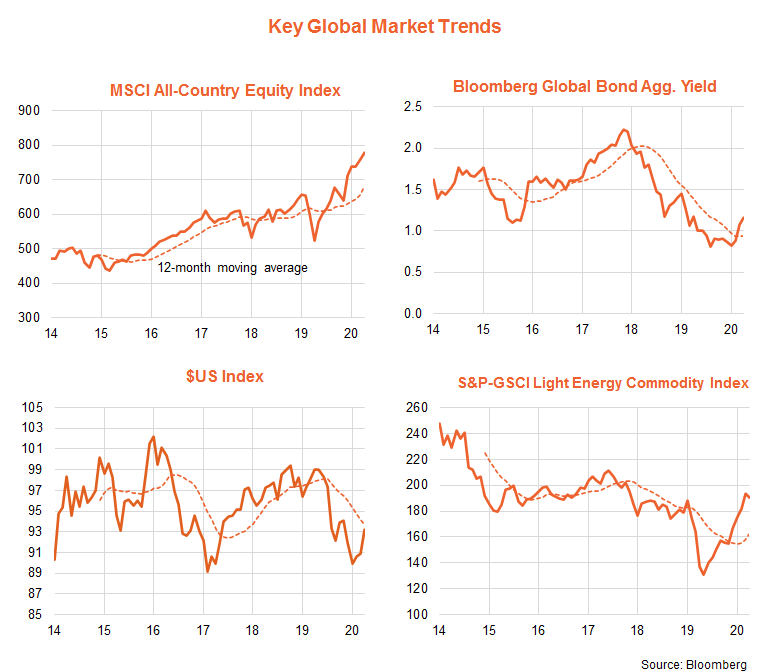 Looking forward, the outlook for equities remains favourable given rapidly recovering global economic growth and corporate earnings. The major near-term risk is any further untoward rise in bond yields as this could pressure still lofty outright price-to-earnings (PE) valuations. My view is that bond yields should remain relatively contained as any lift in inflation (especially in the U.S.) is likely to be short-lived and won’t change the dovish stance of central banks.

That said, it’s also possible that equities could withstand somewhat higher bond yields given strength in earnings and especially if the equity earnings-to-bond yield gap (which is still above 10 to 20-year average levels) narrowed further instead.

Also of interest is if the $US remains strong along with global equities, which could reflect a growing investor appreciation of the likely relative strength in the U.S. economy this year. I anticipate the $US will gather strength this year, which in turn should contain the $A to around the mid-low US70c range.

As seen in the chart set below, the COVID equity recovery so far has favoured non-U.S. themes, such as emerging markets and ‘value’ over ‘growth’. Relative to hedged global equities, Australian stocks have underperformed – though performance has been better against unhedged global equities due to (at least up until recently) strength in the $A. So far at least, however, the underperformance of U.S. stocks has been only modest, and the longer-term relative trend is still pointing up.

Within the ‘value’ part of the global market, one notable development in March was the strong performance in the ‘high yield’ thematic, which has been especially hurt by the weakness in utility and infrastructure stocks during the COVID crisis. This could reflect investors seeking value in areas of the market that have been left behind in the COVID recovery so far. 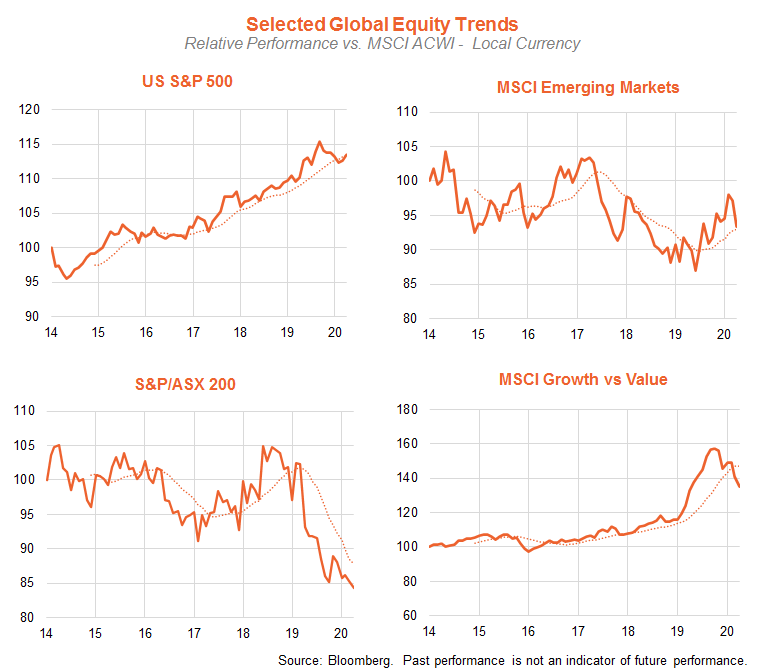 My base case is that value areas of the global market can continue to outperform over at least the next three to six months, though the ‘reflation/re-opening’ trade should then give way to a reassertion of the pre-COVID relative outperformance of growth sectors such as technology. Overall, the Australian market may also continue to underperform the global benchmark. 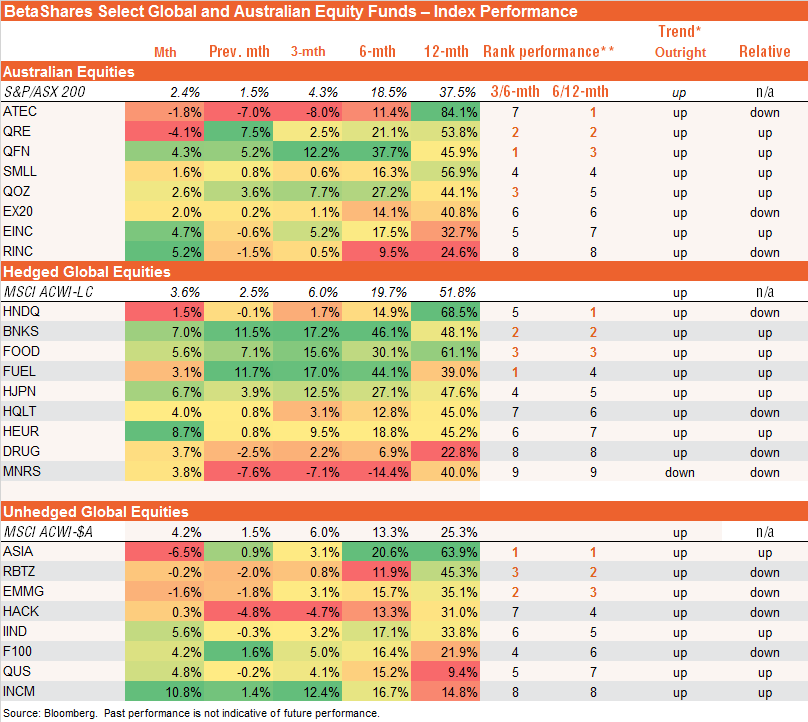 Within Australian equities, the strongest performers in the month were our actively managed high yield and real asset funds (EINC and RINC respectively), though financials (QFN) also continued to perform well. Weaker commodity prices hurt resources (QRE) while technology (ATEC) continued to correct lower. That said, ATEC, QRE and QFN  were the top-3 performers on an equally-weighted 6/12 month return basis.