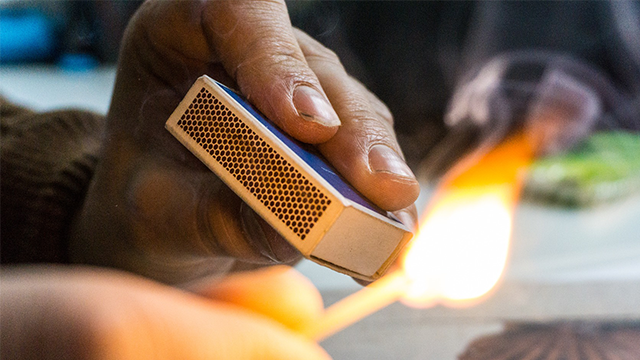 There’s this movement I’ve been hearing a lot about lately called FIRE, which stands for “Financial Independence, Retire Early”. The acronym intrigued me and initially I was curious as to whether it was another get rich quick scheme. Far from it, FIRE is a slow burn. For those that haven’t read about it yet, I thought I would provide a short intro. Basically, the movement centres around three lifestyle adjustments in the belief they will assist to achieve ‘FIRE’.

This is by far the most fundamental aspect of FIRE. The FIRE movement advocates that someone who aspires to retire early must go to great lengths to budget and reduce normal consumption. This could range from cycling instead of driving to work, to cutting back on dining out, or establishing a minimalist wardrobe. One could reduce mobile phone, TV or internet contracts and aim to eliminate credit-card debt and car loans. Underpinning all of this is the philosophy that happiness should be derived, not from lavish items, but rather from simple lifestyle pursuits that do not require a lot of money.

Another aspect of frugality is the social aspect. FIRE followers believe that it is important to keep like-minded friends if one is to succeed in frugality. Getting one’s own partner on board the FIRE lifestyle is also often discussed, and much has been written about strategies by which to influence significant others’ spending habits as well as suggestions around making compromises to expenditure.

Many self-help and motivational movements focus on this aspect, and the FIRE movement is no different. This could be achieved by working smarter, studying or starting a side business. While there does not seem to be a huge focus on specifics, many FIRE enthusiasts appear highly motivated to achieve these aims.

What does one do with all the money that is saved from minimising spend and increasing one’s income? From the point of view of the FIRE movement, any surplus funds get invested into income producing assets such as property or dividend paying stocks and bonds. I was pleased to see that proponents of FIRE are big supporters of ETFs, specifically those that are low-cost, broadly diversified, passive index funds. The idea promoted within the movement behind low-cost investments is simple – while FIRE followers aim to achieve sustainable returns, performance cannot be guaranteed but costs can be controlled. It would therefore appear that the recent release of our BetaShares Australia 200 ETF (ASX: A200) would be a natural fit for the FIRE movement. A200 provides exposure to the largest 200 companies listed on the ASX, based on their market capitalisation. It is the lowest cost Australian shares ETF available on the ASX (and, in fact, the world!)* with management costs of 0.07% p.a. equating to a cost of $7 for every $10,000 invested.

Based upon my research to date, the FIRE community seems to be largely made up of 20 to 30 somethings, technologically savvy and typically male, although there are also an increasing number of women and couples sharing their journeys and participating in online communities. To give you an idea of the scope of this movement, the Reddit sub financialindependence has over 380k subscribers increasing from around 100k in the beginning of 2016. The Australian specific fiaustralia has over 8,000, up from 1,000 over the same period. There are numerous blogs and forums dedicated to FIRE and recent searches on Google Trends also show an uptick in interest. Indeed, BetaShares were recently featured on a few podcasts by groups who blog about the movement, including “Aussie Firebug” and “Equity Mates”.

There are FIRE calculators online that help individuals calculate how long it might ultimately take to achieve financial independence by reducing expenses and increasing income and investments. People’s calculations can get quite granular as they track their progress to financial independence (although of course, we certainly can’t vouch for the accuracy or legitimacy of these calculators so please take care if/when using them!). Ironically, like many in the financial services industry, those in pursuit of retiring early may find themselves worrying about money more than they might intend.

It’s not surprising that, in wake of all the recent financial advice scandals that have shaken the industry, a number of people have turned to the internet for education alongside traditional financial advisers (this is my observation, not an endorsement). Forums such as Reddit and Whirlpool are filled with users looking for information to assist them with a myriad of financial related issues. It appears that such people are looking for information that leaves them better off, helps manage their money in the most efficient way and, most of all, they want it for free. Readers of such forums should, of course, be aware that the contributors may well have little to no financial expertise and we wouldn’t suggest relying on anything you read on these forums as financial advice.

For those interested in this movement, you can easily explore the world of FIRE online to learn more. And, those investors who are simply wishing to “light the FIRE” can look at accessing the lowest cost Australian shares ETF on the ASX, the BetaShares Australia 200 ETF, via the ASX code “A200”.

*Source: Bloomberg, based on expense ratios of Australian shares ETFs traded in Australia or on overseas exchanges.