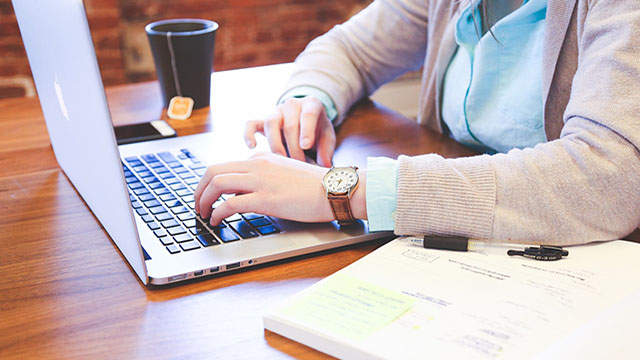 When comparing the performance of different investments, investors need to remain aware of an important but often easily overlooked distinction – that between the capital (or price) returns on an investment, and its “total” returns.  As this note will demonstrate, this distinction is especially important when it comes to investments that produce relatively high income compared to capital returns.

The return on an investment usually involves two elements: the capital (or price) return, and the income return.  The sum of both the capital and income return is then called the “total” return.

As seen in the chart below, for example, the price performance of the S&P/ASX 200 index has been sufficiently weak in recent years that the price index has yet to reclaim its previous peak level in late 2007, or just before the financial crisis.  Yet due to the steady dividend returns produced by companies in the index (depicted by the income return in the chart below), the “total” return of the S&P/ASX 200 index since mid-2007 has nonetheless been positive. 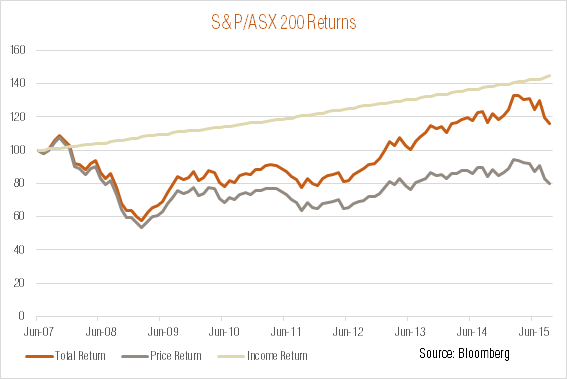 BetaShares manages a number of ETPs that aim to produce enhanced equity income returns to suit the needs of investors seeking an income stream from their investments.   The overall aim of these products, however, is still to produce decent total returns – though with the composition of these returns skewed toward income over capital.

As as specific example, let’s consider the BetaShares Australian Dividend Harvester Fund (managed fund) (ASX Code: HVST), which aims to provide investors with exposure to large-cap (typically among the top 50 by market capitalisation) Australian shares, along with a strong income stream comprising dividends and franking credits, that is at least double the yield of the broad Australian share market on an annual basis.  In addition, the Fund employs a risk management strategy which aims to reduce the volatility of equity investment returns and defend the portfolio against the risk of significant market declines.  More information on the Fund is provided here.

As seen in the chart below, the total return performance of the Fund since inception has been notably higher than its capital (or price) return alone, thanks to solid income returns.  This underlines the point that it is particularly important to not focus on unit price performance alone when the income earned from an investment is relatively high. As seen in the table below, moreover, the Fund’s aim of providing around double the income returns of the broad Australian share market on an annual basis has so far been achieved. In the first eleven months since the Fund began, income returns have been 10.6% compared to only 4.9% for the S&P/ASX 50 index. 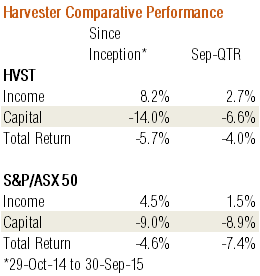 Source: BetaShares. Past performance is not an indicator of future performance.

Although the Fund’s capital returns have underperformed the market since inception, this reflected a bout of under performance earlier this year when the Fund was holding bank stocks during a particularly sharp decline in financial stocks.  Such a “stock specific” risk may be encountered by the Fund on occasion and which the broader risk management strategy does not attempt to counter.

It’s noteworthy, however, that the Fund has outperformed the S&P/ASX 50 on a capital and total return basis during the broader market sell-off over recent months – thanks to both above-market income returns and less capital loss due to the risk management strategy in place.

As noted above, to meet the need of certain investors, equity income ETPs such as HVST aim to skew their total returns toward income relative to capital.  Should investors want to seek a somewhat different balance, however, there is always the option of reinvesting all of part of their income distributions.  In the case of HVST, for example, investors can elect to participate in the Dividend Reinvestment Plan, which automatically reinvests a level of income return – the proportion of which is at the investor’s choosing – into more units of the Fund.